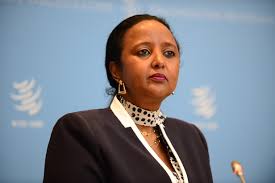 Kenya’s foreign minister, Amina Mohammed, on Monday said that two or three Americans and one Briton were among those who attacked a Nairobi shopping mall.

A report by Associated Press (AP) records that during an interview with PBS’ “NewsHour” program, Mohammed disclosed that the Americans were 18 to 19 years old, of Somali or Arab origin and lived “in Minnesota and one other place” in the U.S. The attacker from Britain was a woman who has “done this many times before.”

More than 60 people have been killed in the assault on the upscale mall, which lasted for three days.

The foreign minister said Authorities in Kenya were trying to wrap up their bloody standoff with al-Shabab, a group allied with al-Qaida.

However, U.S. officials said they were looking into whether any Americans were involved. State Department spokeswoman, Jen Psaki on Monday said the department had “no definitive evidence of the nationalities or the identities” of the attackers.

While White House spokesman, Ben Rhodes said U.S. officials have seen “reports coming out of al-Shabab that indicate information along those lines,” referring to possible involvement of Americans in the attack.

“But we have to run those to ground, of course,” he said. “We do monitor very carefully and have for some time been concerned about efforts by al-Shabab to recruit Americans or U.S. persons to come to Somalia.

“This is an issue that has been tracked very closely by the U.S. government, and it’s one that we’ll be looking into in the days ahead.”

Furthermore, Mohamed said Kenya needs to work with other governments to fight the increasing terrorist threat and “much more with the U.S and the U.K., because both the victims and the perpetrators came from Kenya, the United Kingdom and the United States. From the information we have, two or three Americans and so far I’ve heard of one Brit.”

She added: “That just goes to underline the global nature of this war that we are fighting.”

Kenya’s Citizen TV reported on Tuesday that troops had killed “six of the remaining attackers” but did not give further details and the report was unsourced.

“Security forces killed six of the remaining attackers,” the channel said in a brief headline. Officials earlier said three of the 10 to 15 people who stormed the building on Saturday had been killed.

The government said it was in control of the mall, although there was another burst of gunfire at 9.30 a.m. (0530 GMT) and two security personnel at the scene said security forces were still searching the mall.