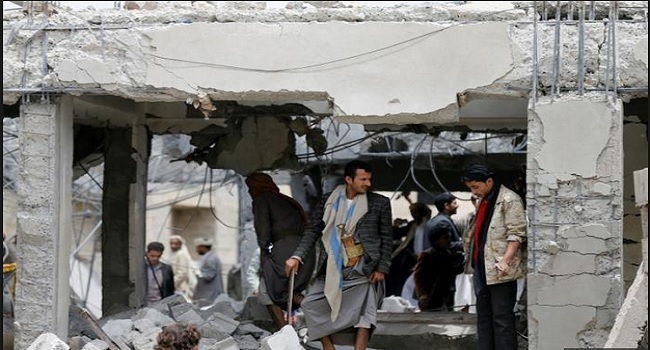 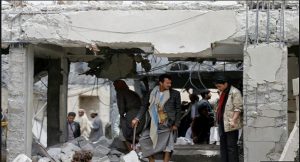 At least nine civilians, including four children, were killed on Thursday in an air strike by the Saudi-led coalition on a residential building north of the Yemeni capital Sanaa, residents said.

At least five other people were injured in the attack early on Thursday on the three-storey apartment building in the Amran provincial capital, Amran city, north of Sanaa, they said.

A spokesman for the Saudi-led coalition said he was checking the report. The coalition, which has been fighting to roll back gains made by the Iran-allied Houthi group since 2014 and restore ousted President Abd-Rabbu Mansour Hadi to power, says it does not target civilians.

The attack was the latest raid to have struck civilian targets since August. Previous ones include a strike on a hospital run by Doctors without Borders, prompting the international medical charity to withdraw staff from northern Yemen.

Residents said the building was struck three times while an adjacent but empty school was hit twice. No one was hurt in the school which was empty as the school year has yet to start.

Rescue workers were still sifting through the rubble searching for more victims.

The conflict has killed more than 10,000 people, according to the United Nations, and displaced more than three million people.

Hadi’s government, backed by the coalition, began an offensive on Houthi positions outside the capital Sanaa in early August after the latest round of peace talks ended in Kuwait without an agreement. But little progress has been reported on the ground by either side.