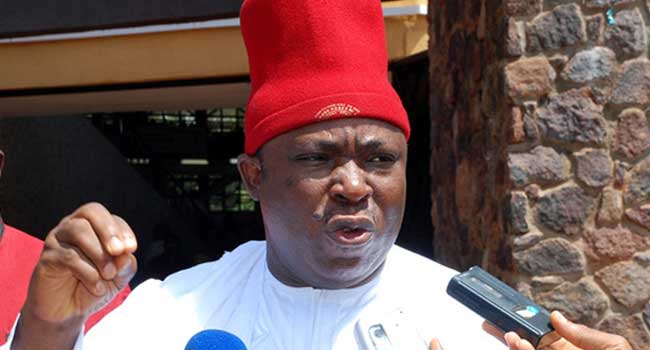 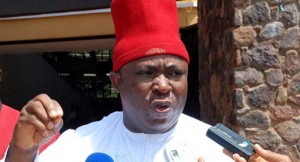 The Department of State Services (DSS) has released the National Chairman of the All Progressive Grand Alliance (APGA), Victor Umeh.

The APGA leader was arrested at his Aguluzigbo country home in Anambra State at about 9:00am local time on Thursday and taken to Abuja.

Confirming his release, the party’s Deputy Secretary, Mr Jerry Obasi, however, alleged that the arrest was politically motivated by Mr Umeh’s opponents in the forthcoming Anambra Central Senatorial re-run election.


Mr Umeh arrived into the warm embrace and rejoicing from family members and political associates.

He told Channels Television that the secret service inquired several issues from him, ranging from situation in the south-east region and some statements attributed to him.

The DSS has not given reasons for Mr Umeh’s arrest.