The Anambra State Governor, Willie Obiano, has condemned the results of the National Assembly election, saying it was hijacked at the collation stage by elements of the Peoples Democratic Party (PDP) extraction.

Governor Obiano, who is a member of the All Progressive Grand Alliance (APGA), while speaking with journalists in Aguleri, Anambra East Local Government Area, said that the seeming victory of the PDP in the National Assembly elections would be challenged in court.

Mr Obiano, while reminding the people of the April 11 elections, assured the people of Anambra that the mandate of APGA candidates would be reclaimed.

The Governor also commended President Jonathan for his statesmanship and humble acceptance of the outcome of the Presidential election, also congratulating the President-elect, General Muhammadu Buhari for his victory at the polls.

Governor Obiano had expressed his concerns on the election day. In an interview on Channels Television’s special election programme, Nigeria 2015, he called the overall performance of the card reader device in the state ‘a disaster’, noting that his fingerprints could not be captured despite several attempts. “It was in my opinion a disaster at the early stages”, Obiano said.

The Governor also listed other issues recorded in the state, including nonavailability of result sheets at some polling units as well as cases of thuggery.

Manual accreditation was eventually applied in the state. Nevertheless, issues and complaints continued to trail the polls.

The leadership of the All Progressives Congress (APC), led by the Senator representing Anambra Central and a leader of the party in the state, Senator Chris Ngige, on Monday condemned the election and called for its cancellation.

In a press briefing, Senator Ngige, demanded that another election should be conducted. He cited challenges with the use of card readers and the issue of party members being held hostage in some parts of the state. 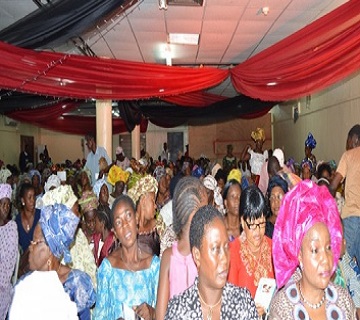 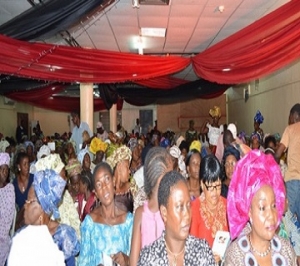 The Anambra State government has inaugurated a new phase of  Youths and Women Empowerment Process, starting with the agrarian local government areas of Anambra East and West.

The programme, sponsored by the office of the Special Adviser to Anambra State Governor on Youth Mobilisation in collaboration with the wife of the governor, is aimed at creating peaceful and economically growing communities through meaningful engagement of youths in activities that would take their attention away from restiveness and crime as well as the women being able to support their families economically.

Addressing the people at the occasion, the Special Adviser to the Governor on Youth Mobilisation, Chinedu Obidigwe, said that more gainful measures would be channeled into youth activities in the state especially on Agriculture and Education.

He doused fears over the incessant attacks in the area from Kogi State and said that he had been in contact with their leadership to halt further attacks.

The inauguration ceremony witnessed a large crowd from the communities in Anambra East and Anambra West that flooded the Ugwu Na Adagbe Primary School field, Aguleri, to be part of the empowerment programme was a reflection of the peoples’ desire to have gainful employment.

Traditional rulers, the clergy, leadership of the ruling party in the state and government functionaries were also present at the occasion.

The empowerment was for the Youths and the Women that occupy over 60 per cent of the population of the two local government areas.

A football competition with One million naira trophy was instituted to be keenly contested for among the youths of the 25 electoral wards in the two Local Government Areas.

Jerseys and footballs were also distributed to the women. Thirty ladies motorcycles were distributed for a start as more motorcycles and other empowerment equipment would also be given out in no distant time.

All Progressives Grand Alliance National Chairman who chaired the occasion inaugurated the programme and handed some of the items to the beneficiaries.

The impact the motorcycles would have on the women was also mentioned to include improving their welfare and their health.

In his address to the people to sum up the day’s activity, the Special Adviser to the State Governor on Youths Mobilisation said many plans were on for the youths of the state in the areas of agriculture and education.

He, however, said the process that had commenced would support the women as they would have succor in their day to day economic activities while it would go a long way in establishing peace and unity among youths which was a primary target of the empowerment.

He assured the indigenes that talks on the incessant attacks from the neighboring Kogi State which usually brought restiveness among youths had already been on and was yielding positive results.

It was a new dawn for the youths and women of Anambra East and Anambra West and hopes were high that the gesture which has commenced would get to every local government area of the state.