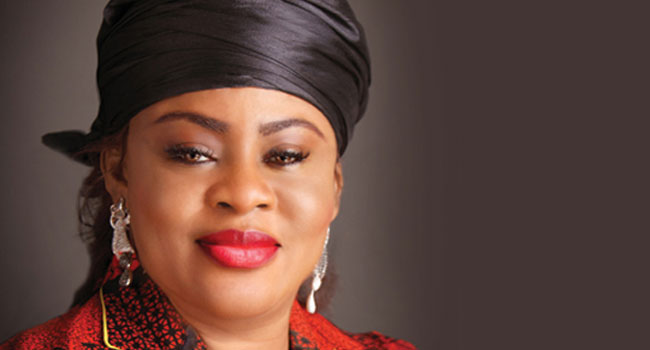 A former Minister of Aviation, Stella Oduah, has been declared the winner of the Anambra North Senatorial district by the Independent National Electoral Commission (INEC).

The Returning Officer of the commission, Professor. Hugh Maduka, declared the winner on Monday at the Onitsha Collation Centre.

He said Stella Oduah who is the candidate of the Peoples Democratic Party (PDP) polled 113,989 votes to defeat Emmanuel Chinedu of the All Progressives Grand Alliance (APGA) with 59,937 votes.

A bill for an A

ct to provide for the collection of property tax in the Federal Capital Territory (FCT) has passed second reading in the senate.

The bill seeks to boost revenue generation in the FCT by enhancing the capacity of the FCT administration to impose property tax on land and buildings in specified areas of the FCT.

The bill to establish the FCT board of internal revenue also passed second reading in the upper legislative chamber.

Sponsor of the bill, Senator Smart Adeyemi, said the basis for the property tax bill is to generate internal revenue for the FCT to guard against the danger of bankruptcy as evidenced in many states of the federation.

Despite support from other lawmakers, they advised that the bill should be thread upon cautiously.

Senator Adeyemi said, the bill when passed into law “would enable the FCT collect taxes and also determine the actual taxes collected in the nation’s capital to ensure better planning.”

Wife of the former senate president, Chuba Okadigbo, was also sworn in at plenary.

Margery Okadigbo was sworn in as the senator representing Anambra North Senatorial District following a Supreme Court ruling after a long legal battle over the seat.

The Supreme Court in Abuja declared Lady Margery Okadigbo, the duly nominated candidate of the People’s Democratic Party (PDP), and hence the winner of the April 16, 2011 senatorial election for Anambra North zone.

It would be recalled that several factions of PDP in the state had remained enmeshed in bitter lawsuits over who was the duly and validly nominated candidate from the party’s primary elections ahead the general election in the state last year.

The bitter acrimony had left the seat vacant and the zone without representation and a voice in the nation’s Upper Legislative chamber for the past one year.