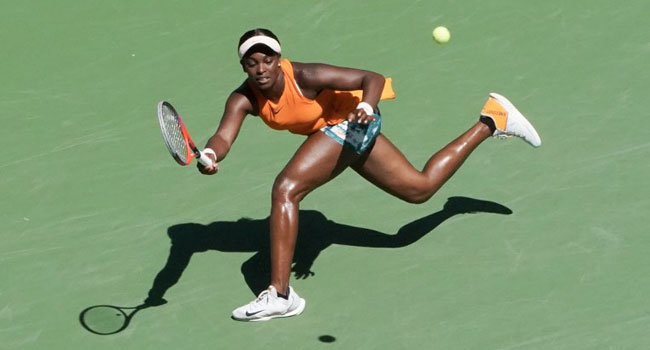 Sloane Stephens’s US Open title defense ended with a 6-2, 6-3 quarter-final defeat to Anastasija Sevastova on Tuesday as the Latvian avenged a 2017 loss to the American at the same stage.

Sevastova, through to the semi-finals of a Grand Slam for the first time, will face either 23-time major champion Serena Williams or eighth-seeded Czech Karolina Pliskova for a place in the final after toppling Stephens in brutal heat and humidity on Arthur Ashe Stadium.

“I think it was very physical today. It’s tough to play, so hot in here. The first set was so important,” said the 19th-seeded Sevastova, who broke Stephens in the final game to pocket the opening set.

She earned the last of five breaks in the second set to take a 5-3 lead and served it out on her third match point when a weary Stephens put a backhand into the net.

“I showed some nerves at the end but it’s normal,” Sevastova said.

With the heat, humidity and blazing sun combining to make conditions hazardous enough that organizers suspended junior matches, the scraps of shade on the massive Ashe court were invaluable.

“When the shade was there it was so hot here and amazing there,” Sevastova said of the contrast of playing on the shady or sunny end of the court.

“The last games, it was good that I played in the shade. The sun was not comfortable and it was hot.”

Stephens was ranked 83rd in the world when she upset Sevastova in three sets in the quarter-finals last year, trailing by a break in the third set before winning it in a tiebreaker. 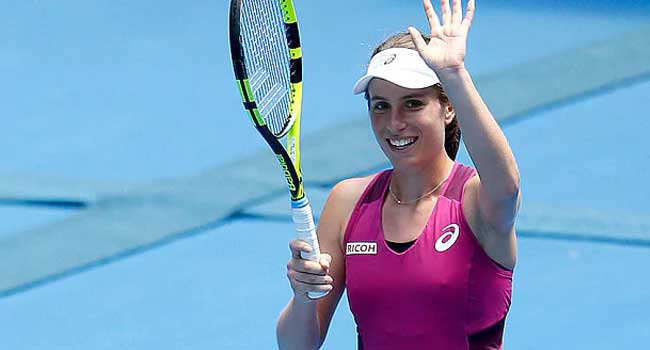 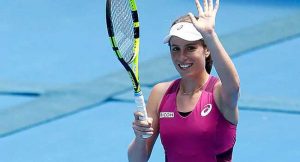 British Tennis player, Johanna Konta, has defeated her Swiss opponent, Belinda Bencic to qualify for the fourth round of the US Open.

The 25-year-old put up an amazing performance to beat Bencic 6-2 6-1 on Saturday in New York.

Despite the health issues that affected the 13th seed during the second round, Konta knocked out her 19-year-old challenger in 52 minutes.

She served with pace and accuracy from the start to keep her opponent on the back foot and a run of seven unanswered games gave her complete control.

She did not give away a single break point, won 19 out of 20 points on her first serve and hit 29 winners to Bencic’s nine.

“I felt I did a good job playing the match at hand and I focused all my energies into this match.

“I was happy how I dealt with things,” she told BBC.

Konta would contend with Latvia’s Anastasija Sevastova in the next round.

She had reached the fourth round in 2015 and made the Australian Open semi-finals in January.