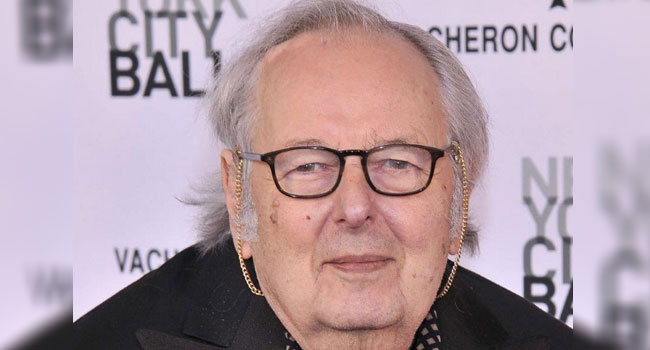 The multifaceted musician whose work ranged from composing Oscar-winning film scores to playing jazz piano to conducting the world’s elite orchestras — died Thursday, his management agency said. He was 89.

The prolific German-American musician — who won four Oscars, 10 Grammys and a coveted Kennedy Center Lifetime Achievement honour during his storied career — also had his moments in the glare of the paparazzi’s flashbulbs.

One of his five wives was actress Mia Farrow, who had been married to Frank Sinatra when she met the musician.

“We are deeply saddened to hear of the death this morning of our Conductor Emeritus Andre Previn,” the London Symphony Orchestra — where Previn once served as a principal conductor — said in a statement.

“He will be hugely missed by everyone at the LSO and remembered with great affection. May he always play all the right notes in the right order.”

“Andre was an incomparable talent, and his legacy will live on through his countless compositions.”

Born Andreas Ludwig Priwin in Berlin on April 6, 1929, Previn was enrolled at the German capital’s Conservatory of Music at age six when his father realized he had perfect pitch.

The family fled Nazi Germany in 1939, moving to Los Angeles, where Previn’s great-uncle was the music director for Universal Studios.

An accomplished jazz pianist, he began working at MGM in 1946 while still in high school.

During his illustrious career in Hollywood, Previn won four Academy Awards for film composing, including for “Porgy and Bess” (1960) and “My Fair Lady” (1964).

But he left the studio in the 1960s to focus on classical music.

“And I wanted to gamble with whatever talent I might have had.”

‘May you rest in glorious symphonies’

Previn served as music director for the Los Angeles Philharmonic as well as the Houston and Pittsburgh Symphonies, and frequently guest conducted worldwide.

“In the recent years, he occupied his brilliant mind mostly with composing and worked tirelessly on new commissions until only a few days before his passing,” his management agency, IMG Artists, said in a statement, adding that several of Previn’s new works would premiere “in the coming season.”

“So very saddened by the loss of the great Andre Previn,” tweeted Fleming.

“The @NYTimes says his music knew no boundaries, but I would say that of his talent and humanity as well.”

His mercurial tastes for music also applied to women: Previn married five times, most famously to Farrow, with whom he had three biological children.

The musician had left his second wife Dory Previn — a lyricist and singer who wrote tracks for a number of films with Previn, including 1967’s “Valley of the Dolls — for Farrow.

Allen was Farrow’s longtime partner after her split with Previn — so the marriage led to a major public feud.

“See you in the Morning beloved Friend,” tweeted Farrow, who posted several photos of her and Previn together.

“May you rest in glorious symphonies.”