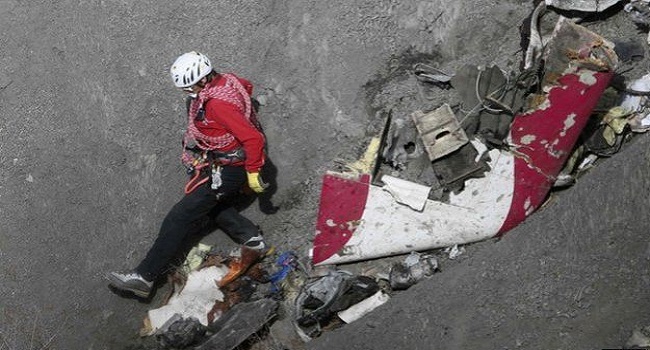 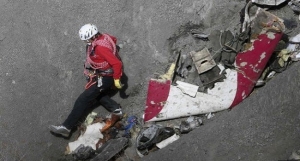 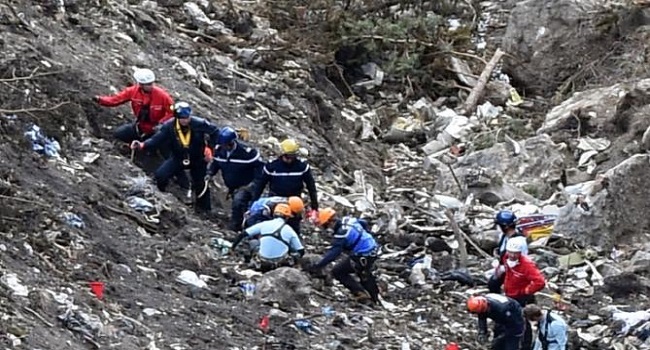 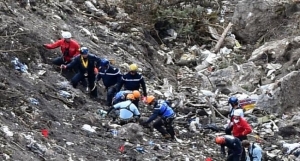 German authorities found torn-up sick notes showing that the pilot who crashed a plane into the French Alps was suffering from an illness that should have grounded him on the day of the tragedy, which he apparently hid from the airline.

French prosecutors believe Andreas Lubitz, 27, locked himself alone in the cockpit of the Germanwings Airbus A320 on Tuesday and deliberately steered it into a mountain, killing all 150 people on board.

“Documents with medical contents were confiscated that point towards an existing illness and corresponding treatment by doctors,” the prosecutors’ office in Duesseldorf, where the co-pilot lived and where the doomed flight from Barcelona was heading, said.

“The fact there are sick notes saying he was unable to work, among other things, that were found torn up, which were recent and even from the day of the crime, support the assumption based on the preliminary examination that the deceased hid his illness from his employer and his professional colleagues,” the German prosecutors said.

Reuters reports that the prosecutors found no suicide note or confession, “nor was there any evidence of a political or religious background to what happened”.

Lubitz’s mental health – and what Germanwings and parent company Lufthansa knew about it – could become central questions in any future legal case over the crash. Under German law, employees are required to inform their employers immediately if they are unable to work.

Reports in German media suggested that Lubitz had suffered from depression in the past, and that Lufthansa would have been aware of at least some of that history.

Germany’s Bild newspaper reported on Friday that Lubitz had suffered from depression during a period when he broke off his training six years ago. It said he spent over a year in psychiatric treatment.

Lufthansa has acknowledged Lubitz broke off his training in 2009 but says there was nothing in his background to suggest he was a risk.

“After he was cleared again, he resumed training. He passed all the subsequent tests and checks with flying colours,” Lufthansa CEO Carsten Spohr said on Thursday.

Bild, citing internal documents forwarded by Lufthansa’s Aero Medical Center to German authorities, reported that Lubitz had suffered from depression and anxiety, and had been judged to have suffered a “serious depressive episode” around the time he suspended his training.

Lufthansa and German prosecutors declined to comment on the report.

An international agreement generally limits airline liability to around $157,400 for each passenger who dies in a crash if families do not sue, but if families want to pursue compensation for greater damages, they can file lawsuits.

Lawyers who have represented families in past airline disasters told Reuters that potential lawsuits could focus on whether Germanwings properly screened the co-pilot before and during his employment, and on whether the airline should have had a policy requiring two or more people in its cockpits at all times during a flight.

Several airlines swiftly changed their cockpit rules to require a second crew member on the flight deck within hours after French prosecutors disclosed their theory that the crash was deliberate.

Lufthansa announced on Friday that it too would change its rules to require a second crew member in the cockpit, a reversal after Spohr initially said on Thursday he saw no need to do so. Such measures are already required in the United States but not in Europe. 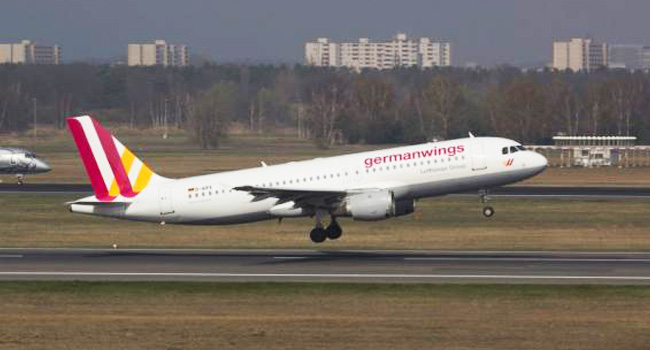 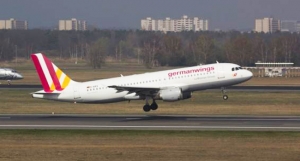