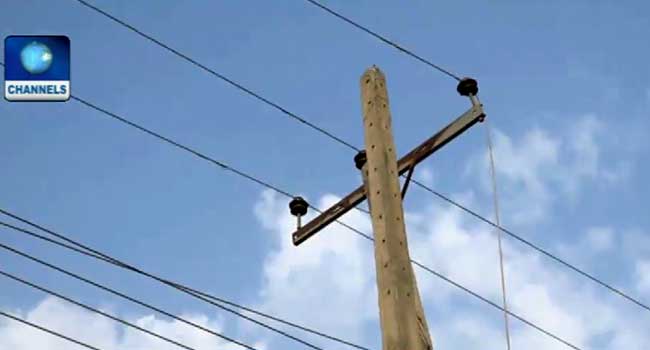 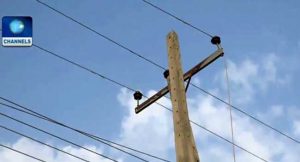 A mother of four has been electrocuted in Ogwashi Ukwu, Aniocha North Local Government Area of Delta State, south-south Nigeria.

The incident occurred a few weeks after the community was energised and electricity restored by the BEDC, after over 10 years of blackout.

Friends and relatives stormed the residence of the Anene family which was thrown into mourning with the sudden death Anene, mother of four.

One of the witnesses said a frightening spark on a high tension cable led to a breach in the connection from the feeder lines to the houses in the area, which he said also destroyed properties in the area.

A neighbour to the deceased, Paul Adigwe, told Channels Television that “There was a spark from the high tension wire and I heard her shout for help, she was already electrocuted. I rushed her to the hospital where she was confirmed dead”.

While recalling the death of Peter Akabueze who was reportedly electrocuted some months ago at Ubulu Uku, Mr Jude Mgbolu, a relative of the 21-year-old expressed fear over the re-occurrence of the unfortunate incident.

“Electricity is a thing of joy, and life is much easier with it but we are becoming scared due to the re-occurrence which coincidentally has caused the same family losing its loved ones,” he said.

Confirming the incident, the Delta State Government and the BEDC described the incident as unfortunate, adding that investigations were on to find out the root cause of the tragedy.

The Corporate Affairs Officer, BDEC Asaba/Agbor Business Units, Esther Okolie, said “We sincerely sympathise with the family of the deceased.

“You can agree with me that this kind of incident cannot be pre-empted by anybody. After 10 years of blackout in Ogwashi Ukwu, BDEC management before restoring power, organised a safety awareness forum with the community.

“However, while we are still awaiting findings from our investigations, people are advised not to erect structures on the right of way of our lines and wires”.

“On behalf of the State Government, we sympathise with the family of the deceased. It is a very unfortunate occurrence, we got the brief and have questioned the management of BDEC.

“BDEC has assured that the matter is being investigated but as state, we want to assure you that we would not fold our hands and allow this kind of incident continue to occur,” he said.

The Delta State police command has vowed to unmask those behind the gruesome murder of a family of five in the Idumuje-Ugboko community, while they were asleep.

The Police Commissioner, Mr Zanna Mohammed Ibrahim, who was at the scene of the crime, accompanied by other security personnel, described the incident as animalistic and inhumane.

An eye witness told Channels Television that the grandmother and three children were burnt right inside the house, while the fourth child, who was wearing a school uniform, was found dead somewhere else in the compound.

It is still however unclear what caused the fire accident.

A man who identified himself as the father of the children, expressed great grief over the news of his murdered in-law and children

Chairman Isseleuku local Govt Council, Chucks Oseme, revealed that the mother of the deceased children had also been allegedly “kidnapped about five months ago” and up till the recent tragedy, one knows of her whereabouts.

Mr Ibrahim, on visiting the scene, assured the people that the police would get to the root of the matter and unmask those responsible.

Residents have also been advised to be more security conscious in the community which was initially known for its serenity in the Aniocha North Local Government Area of the state.