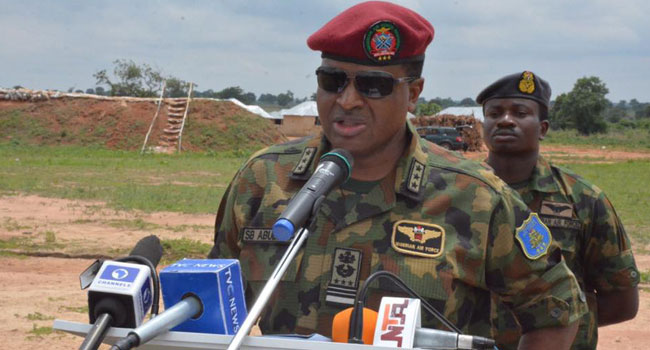 The Chief of Air Staff, Sadique Abubakar, has reiterated that the military will not rest on its oars until the insurgency is brought to an end.

He also added that the procurement of additional platforms will change the game in its war against insurgency.

His reassurance was made by the Commander, 153 Base Services Group, NAF Base Yola, Air Commodore Anthony Ndache, who represented the Air Chief in Yola the Adamawa state capital.

“We are committed to ensuring the total elimination of insurgency in our country.

“Let me reassure us all that the procurement of additional platforms such as the Super Tucano aircraft and other platforms will certainly be a game changer for our operations,” he added.

The Air Chief stressed that those internally displaced by the insurgency deserve to return back home.

“The IDPs need to return back to their homeland and engage in meaningful activities.”

He added that the military is aware of its enormous responsibility in ensuring the indivisibility of the country and therefore they must not be allowed to be taken unawares.