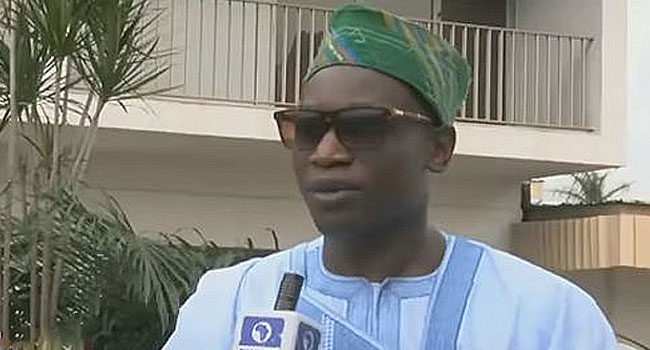 Ahead of the national Convention of the ruling All Progressives Congress (APC) holding in Abuja this weekend, Abdulmumin Abiola, son of late MKO Abiola has joined the race for the ticket of the party’s National Youth Leader.

Abdulmumin Abiola told journalists on Wednesday that he decided to join the race because of his believe in the ruling APC.

Abdulmumin says he believes that he has what it takes to give the youths the much needed direction to move the nation forward and has always been working hard to bridge the gap for youths to contribute their quota to national development.

He, however stressed that he does not have any godfather and his recent joining of the political race has nothing to do with the recent recognition of his late father, by President Buhari.

His aim is to make his mark and this decision comes after wide consultations.

“God is my godfather but my late father gives me so much of inspiration. I also have people who are beneficiaries of my late father’s kindness that could rally round and extend hands of fellowship to me,” Abdul said.