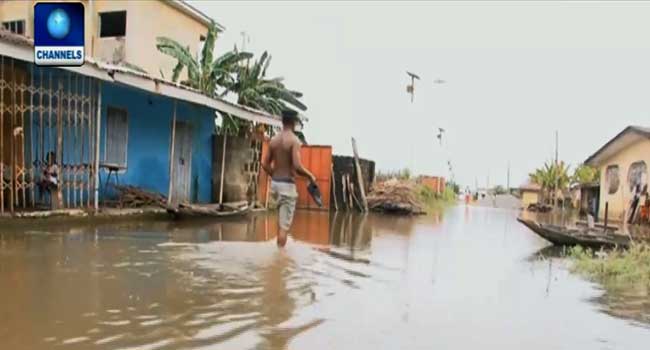 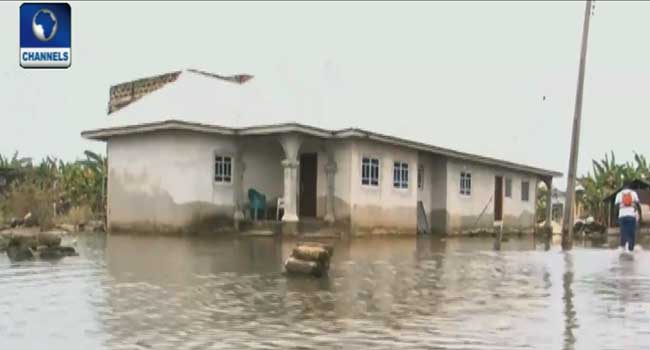 Residents of Araya community in Isoko South Local Government Area of Delta State have cried out for help after the community was hit by a flood.

The flood was occasioned by heavy rainfall which caused the River Niger to overflow into a nearby lake which in turn flooded the community, destroying farms and household properties.

Flooding has been a persistent problem for Araya community as it occurs annually with successive governments failing to find a solution to the problem.

Araya is one of the 37 towns in Isoko, in the south east of Delta State. It shares its boundary with Kwale to the north, Urhobos to the west, Ndokwa Osimili/Aboh to the east; and Ijaws to the south.

The main economic activity for residents of the town is food crop farming with a focus on staple food crops such as cassava and yams. Because of the yearly occurrence of flooding, occasional fishing takes place.

But with the level of flooding being experienced, the residents are having a tough time making ends meet as their homes have been flooded and farms submerged.

A visit to the community shows that canoes have become an essential commodity for almost every household as movement is difficult without them.

The Vice President Araya Community, Odiki Ambrose, confirmed that the flooding had become a yearly occurrence and pleaded with the government to come to their aid.

“We are appealing to NDDC and the Federal Government to come to our aid. We have been suffering from this flood for many years now with no form of assistance from the government. Our farmlands and homes completely destroyed,” he said.

National president of Isoko National Youth Association Ovie Umuakpo said the community leaders planned to approach the state government over possible ways it can provide assistance to the people.

“We have been sensitising our people on how to keep safe during this season. We will also try to ensure that government gives us the attention we require to solve this problem,” he said.

Meanwhile, schools have been shut down, homes deserted, with many displaced as a result of the flood.

Worship centres were not spared but many people defied the risks posed by the flood to attend spiritual gatherings.

Reacting to the flood, the Delta State Commissioner for Environment, Mr John Nani, called on the federal government to complement efforts of the state government in finding a lasting solution to the issues faced by the community annually.

He said, “The River Niger has overflown its bank and that is why we have flooding in the community. We are calling on the Federal Government to add to what we are already doing as a state. The issue of that community is being taken care of in a way of providing IDPs camps for them with relief materials until the water recedes.”