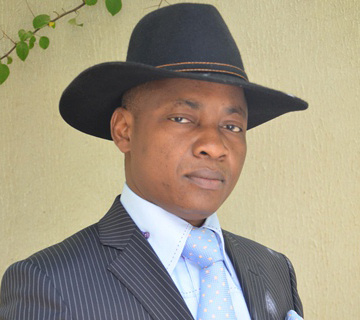 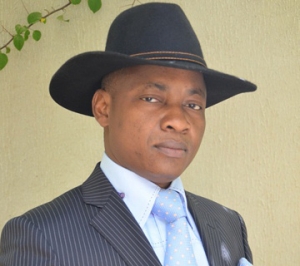 Dr Akpan died on Wednesday October 29, 2014, in an Abuja hospital after a brief illness.

Until his untimely death, Dr. Akpan was the university’s Dean of the School of Arts and Sciences, and chair of its Communications and Multimedia Department.

She sent her condolences, on behalf of the university community, to his wife, friends and relations and prayed for the repose of his soul.

Burial announcement would be made by his family. 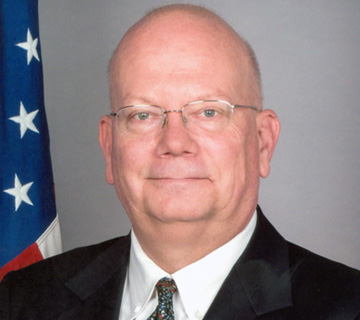 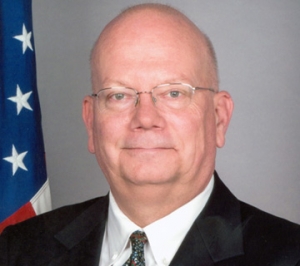 The US Ambassador to Nigeria, James F. Entwistle, has acknowledged the community development service of the American University of Nigeria (AUN), saying its academic excellence and development initiatives can be a huge solution to Africa’s development challenges.

He was speaking in Yola, Adamawa State north-east Nigeria, at the end of a three-day visit with his wife, Dr. Pamela Schmoll, where he extolled the contribution of AUN to deepening US-Nigeria relationship which according to him dates back some decades ago.

“The US and Nigeria have been doing fantastic things together for decades. Look at this University, that stands as a testimony to the American-Nigeria relationship.

“I’ve been very impressed with AUN, not just what you’re doing in terms of education, but what you’re doing to make the world around you a better place. For the many activities that you engage in off-campus, I have to give AUN pretty high marks,” the Ambassador said.

Reflecting further, the Ambassador appreciates the efforts of AUN’s community service as being of great interest to the US Government saying, “The US Government is very interested in the many activities that you engage in off-campus.

“I had a spectacular session yesterday morning with the AUN-Adamawa Peace Initiative as they talked to me about what they are doing to support Internally Displaced Persons. We are looking at supporting their efforts through the US Agency for International Development (USAID). Different activities like that might be appropriate for US Government involvement.”

During his three-day visit to AUN, the US top diplomat in Nigeria also had an interactive session with the larger AUN community and interacted with students, faculty and staff, before addressing a press conference to mark the end of his visit to the institution.

The US Ambassador also invited emerging Africans to tap into the ongoing Young African Leadership Initiative, a program aimed at empowering African youths.

President of America University in Nigeria, Margee Ensign, who introduced the Ambassador to the dignitaries, traced the history of AUN to the life-changing encounter the Founder and former Nigeria’s Vice President, Atiku Abubakar, had with US Peace Corps volunteers who taught him when he was a young boy.

The initiative, according to her, encouraged him to think independently and helped him imbibe the self-discipline and intellectual curiosity, which in turn informed his passion for establishing and funding the best private university anywhere in Nigeria.

The “US Peace Corps Association had awarded the Global Citizenship Award to His Excellency Atiku Abubakar for his unparalleled generosity to higher education on the continent.”

She said that the institution established ten years ago is working towards the realization of the set up objectives of developing entrepreneurship, pointing out that it is achieving that already.

The President said that the visit of the US Ambassador signified that Adamawa and Yola in particular is safe. She called on the people to collaborate towards the sustenance of peace in the area and the country as a whole.