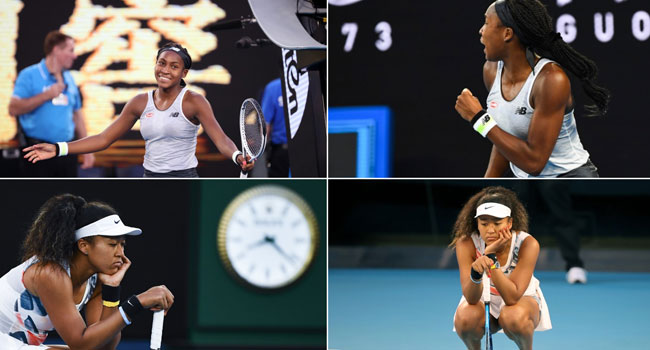 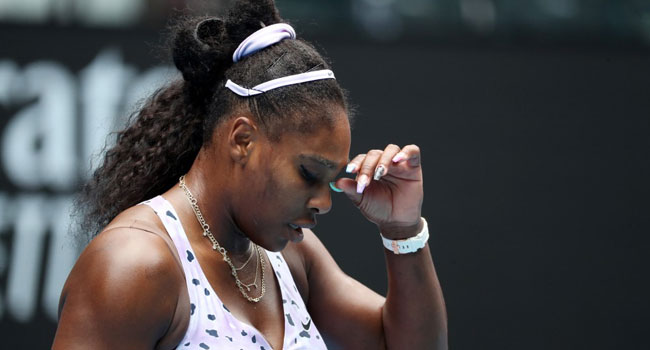 Serena Williams was sensationally knocked out of the Australian Open third round by China’s Wang Qiang on Friday, torpedoing her bid for a record-equalling 24th Grand Slam crown.

Williams, 38, was the bookies’ favourite to win an eighth title at Melbourne Park but she came unstuck against a determined Wang, who took only one game off the American last time they met.

“After last time I did really hard work on and off-court, I believed I could do it.”

Her reward is a clash with Tunisia’s Ons Jabeur, who upset Williams’ close friend Caroline Wozniacki, sending the Dane into retirement.

Williams, seeded eight, started slowly against the fast, positive Wang, and she was three break points down in the ninth game when Wang punched away a forehand to grab the break.

Serving for the set, Wang won a full-blooded rally to bring up set point and then sealed it to go one set up — a far cry from their last meeting in New York.

Williams came out firing for the second set but her chances plunged when she was broken to go 3-2 down, and it looked all over when she let Wang off the hook on breakpoint in the eighth.

However, Wang wobbled when she was serving for the match and Williams won a titanic 24-shot rally to break the Chinese player for the first time, raising her arms in triumph.

Williams staved off more break points before dominating the tie-breaker, where she benefited from another net cord and a Hawk-Eye review before levelling the match with a service winner.

In the tense final set, both players held firm but Wang pounced when Williams was serving to stay in it, converting her third match point as the American netted.

Wang received a torrent of criticism from Chinese fans after her capitulation to Williams in the last eight at Flushing Meadows.

The 28-year-old from Tianjin has now achieved her deepest Australian Open run, after reaching the third round last year — a prelude to her best Major performance, at the US Open. 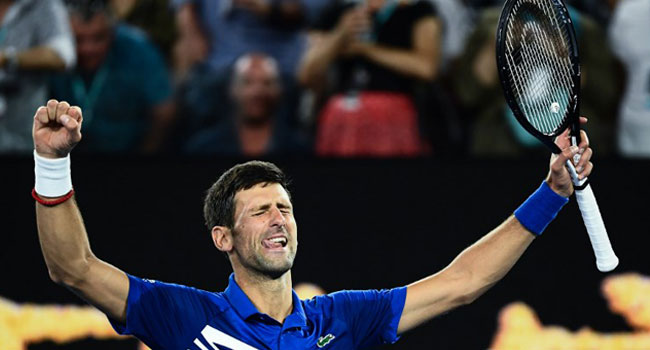 Novak Djokovic on Friday continued his quest for a record seventh Australian Open crown by swatting aside French 28th seed Lucas Pouille 6-0, 6-2, 6-2 to set up a final against Rafael Nadal.

It was a flawless display on Rod Laver Arena by the world number one who moves into a first Melbourne decider since 2016.

“It is definitely one of the best matches I’ve ever had on this court, definitely,” said Djokovic, who hit 24 winners and had just five unforced errors

“You know, everything worked the way I imagined it before the match and even more so.

“Tough one for Lucas, but he had a great tournament, and I wish him all the best for the rest of the season,” he added.

Djokovic lost in the fourth round last year, followed by elbow surgery and poor form until he won Wimbledon and turned his season around.

“It was highly unlikely 12 months ago that I would be where I am today, a year later,” said the Serbian top seed.

“But I’ve said it before, and I always have plenty of belief in myself, and I think the self-belief is something that always prevails.”

Djokovic will face second seed Nadal in a 53rd career meeting and eighth in the final of a Slam.

In 2012 the pair contested the longest Grand Slam final in terms of time at the Australian Open when Djokovic edged an epic battle 7-5 in the fifth set after 5hr 53min.

Djokovic, in his 34th Grand Slam semi-final, took just 83 minutes to outclass his regular practice partner Pouille, who was appearing in his first.

The 14-time Grand Slam title winner was fresh because quarter-final opponent Kei Nishikori had quit after 51 minutes and he jumped all over the world number 31 right from the start.

Djokovic was in total control against the Frenchman who had needed more than three hours to see off Milos Raonic in the last eight.

The Serb ran Pouille ragged so effectively that he dished out a dreaded 6-0 “bagel” in a first set that lasted just 21 minutes.

Pouille held his first service game of the second set to a huge ovation from the centre court fans, but it was a brief respite as Djokovic, a picture of precision on serve and return, would not allow him any chance to get back into the match.

Pouille’s coach Amelie Mauresmo, who won the Australian Open women’s singles in 2006, could only look on helplessly as Djokovic broke at the next opportunity and raced to the second set.

On Thursday Nadal had allowed his young Greek opponent Stefanos Tsitsipas to win just six games on the way to the final in an hour and 46 minutes.

Djokovic made that look pedestrian, allowing Pouille only four games and taking 23 minutes less to reach his first Melbourne final since 2016, when he won his sixth title.

Nadal holds a 4-3 win-loss record against Djokovic in Grand Slam finals, including all three meetings since their Melbourne Park marathon seven years ago, and both players are chasing milestones on Sunday.

A win for Nadal will see him become the first player in the Open era to win all four Grand Slam titles twice, while victory for Djokovic will take him clear of six-time Melbourne winners Roger Federer and Roy Emerson.