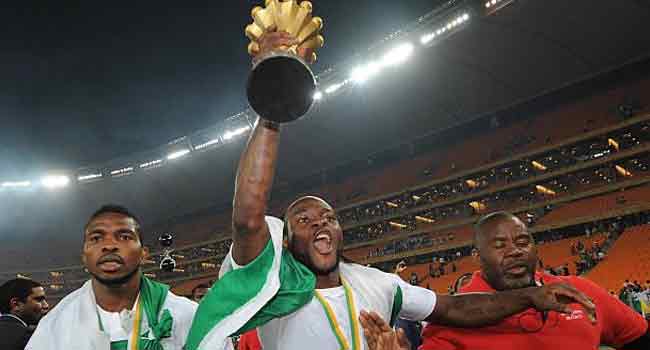 Super Eagles coach Austine Eguavoen believes Victor Moses has a lot to offer and wants him back to the team.

The former Chelsea wingback quit international football after the 2013 African champions crashed out of the 2018 World Cup in Russia. Nearly four years after that and unsuccessful attempts to lure him back to the national team, Eguavoen says he is persuading Moses to come out of retirement.

“Whether we like it or not, Victor Moses will still bring some value,” he told BBC Sports. “But right now he is playing in Russia, we all know the problems with Ukraine and Russia. I am happy to say that my conversation with him is settled.”

The former U-23 Eagles coach said has been in touch with the player, admitting that he admires his style of player. According to him, while Moses is not part of the squad that will face Ghana in a 2022 World Cup play-off, the 2013 Africa Cup of Nations (AFCON) winner is part of his plan.

The long-time absentee was part of the Super Eagles side that won the AFCON in 2013.

The winners from the tie will earn one of Africa’s five tickets to the World Cup finals in Qatar from November 21 to December 18.

Lookman has been cleared by FIFA to play for Nigeria after he represented England at various age-grade levels.

He is one of three uncapped players selected by Nigeria, along with Calvin Bassey of Scottish champions Rangers and FC Copenhagen youngster Akinkunmi Amoo.