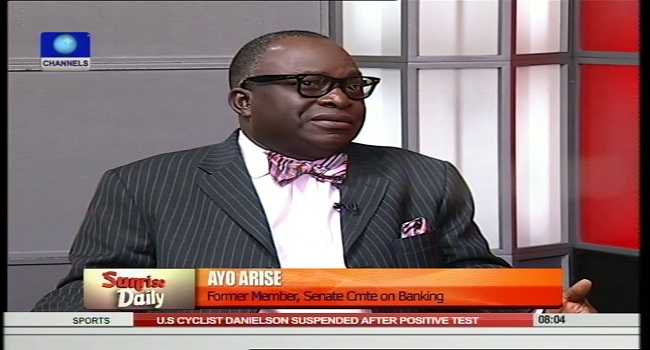 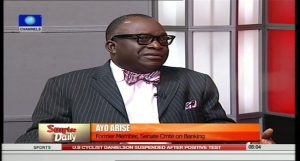 Mr Arise on Channels Television’s Sunrise Daily on Wednesday, said the Directors of the CBN meant well for the country, as the policy would help curb money laundering.

According to him, the policy had created a challenge for  the apex bank, which it had not well managed.

He stressed that Nigeria needed to shift away from reliance on crude oil to other sectors to boost the economy.

“If a policy mandates the banks not to accept dollars, how will the banks sell dollars?” he asked.

“I think we will begin to see a better effect of the policy  if our manufacturing base grows, power supply grows and also support the local industry to grow.

“We cannot rely on oil, the country must begin to export, ” he stressed.

Talking about the debt allegation on his company, Mr Arise said that incidentally, the company in question was not owing Unity Bank.

“They had a transaction whereby the company supplied them 18 machines, they took 12 million Naira facility to clear the machines, after delivering it to the bank, the bank was owing them over 19 million Naira.

“Till date, the bank had refused to pay. There was no transaction of borrowing, the transaction was done within the bank, he said.

About his next line of action, Mr Arise said he would take the case to court,

“Although, it takes a long time and it could be frustrating. I will also report them to the National Assembly as well because it is unethical,” he stressed. 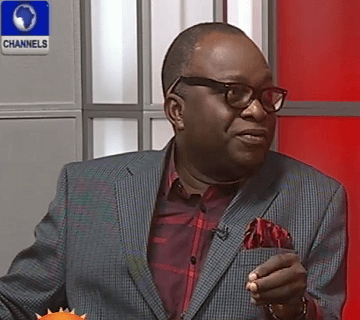 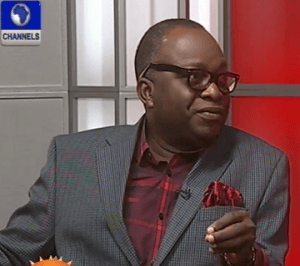 A former federal lawmaker belonging to the Peoples Democratic Party, Ayo Arise, on Friday called on the Senate to re-consider the constitutional amendment which seeks to grant autonomy to local governments, noting that it was an aberration of the federal system of government.

“It’s a very controversial subject. I for one, I think that rather than creating a unitary system of government, we should be looking towards federalism,” he said, on Sunrise Daily, noting that “in a Federal system, the State should be responsible for the creation of local government, so the issue of autonomy actually does not concern the federal government”.

Arise argued that the listing of local governments in the constitution suggests that they cannot grow unless there’s a constitutional amendment, explaining that, if the Federal System of Government is followed, governors would be able to examine the progress made in all areas of the state and then determine which areas should be upgraded to local governments.

“If you put that at the federal level, then it only means we are not practicing federalism,” he said.

“Let the states create their local governments” as they can determine which areas qualify for splitting.

“Thereafter, the issue of autonomy becomes relevant if the Federal Government continues to send money – not to the states – to the states and local governments.

“That means the Federal Government will be mindful of the kind of money expended, the percentages allocated, which has become a major problem,” he said. 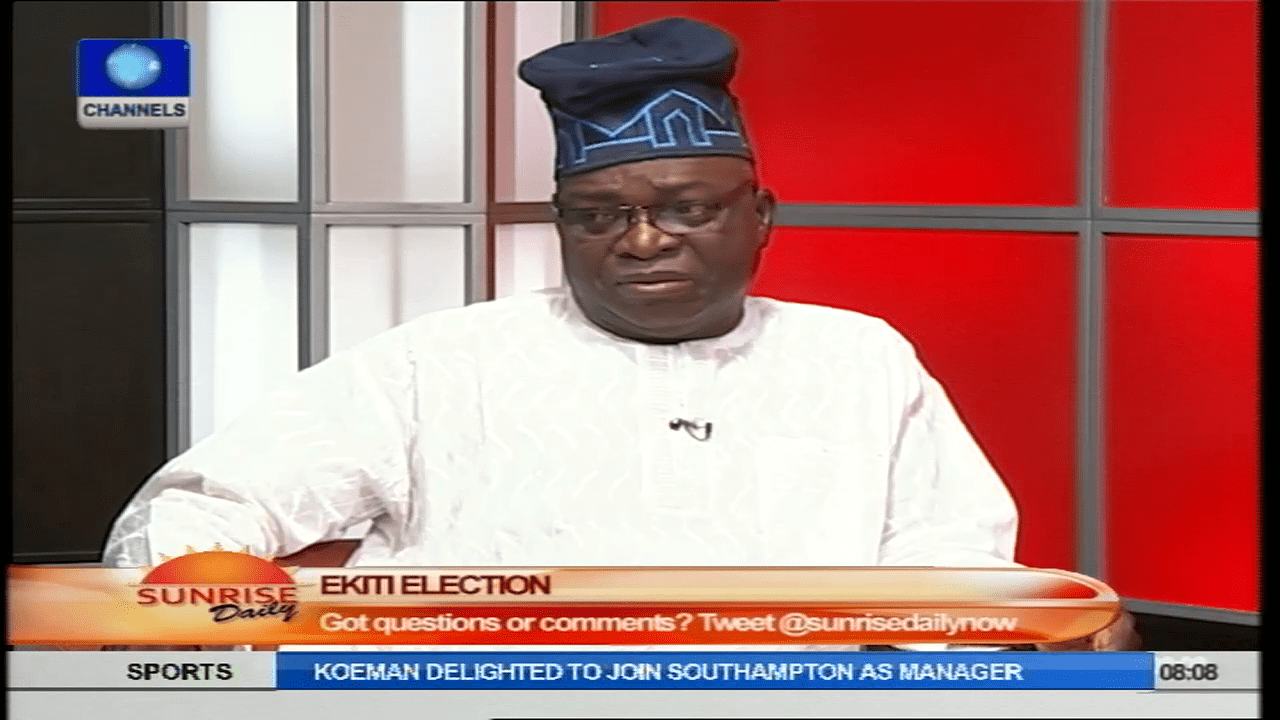 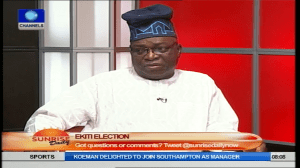 “The security men are just there to maintain law and order and ensure that people express their willingness to choose a leader” he said on Channels Television’s breakfast show Sunrise Daily.

He noted that “we have had experience with isolated elections like this in the past and people flooded the state with all manner of thugs, miscreants and the electoral process was actually hijacked by those miscreants and we couldn’t have peaceful elections.

“That’s why we appealed to Mr President (Goodluck Jonathan) that we want a one man, one vote situation and we do not want people taking over the electoral process”, he said.

To have a violence free and rancour free election, the former federal legislator advocated for the constitution to “make political office(s) less attractive” insisting that “the way it is now, everybody wants to be a politician because it is a gateway to prosperity somehow”.

He urged Nigerians to begin to “channel their energies towards other avenues of attaining recognition in the society” so as to reduce the urge to make elections in Nigeria a desperate affair.

Fayose Has Done More Than Fayemi

Senator Arise noted that despite holding the power of incumbency, Governor Kayode Fayemi remains an unpopular candidate in the forthcoming elections because of the candidacy of Mr Ayo Fayose whom he claimed has provided more infrastructures in the state capital and other local governments than Governor Fayemi during his time as governor of the state.

Though Mr Fayose was impeached during his term, Mr Arise noted that it is not a prerequisite for the disqualification of a candidate, insisting that “Section 137 of the Constitution is very explicit on who can become a president or a governor.

“He has committed nothing that will disqualify him on the grounds the fact that he was impeached” he boasted.

However, joining the conversation via the telephone, the Special Adviser on Legislative Matters to the Ekiti State Governor, Mr Oladapo Karounwi rejected the comments made by the former senator, insisting that “he has dished out a lot of lies that I will quickly inform Nigerians on the correct situation of things”.

He noted that “the level of infrastructural development in Ekiti State for the last three years is unprecedented” and insisted that “the achievement is very feasible, touchable, memorable and even the blind can see.

“I am happy that the Senator did not deny that Dr Kayode Fayemi has touched every facet of life in Ekiti State”, he said.

He further noted that it is very strange for the Senator to say that the developments in the state under Fayemi are centred in the state capital alone because he is aware of a number of local government roads that have been constructed, outside of other facilities that have been put there in Oye Township, where he (senator Arise) is from.

“So we virtually have touched every facet of the state” boasting that there is no village that will not count up to five projects that this government has done for them”.

Debunking the claim of the Senator that Mr Fayose is corrupt –free,  Karounwi argued that “the issue of Mr Fayose is still before the Economic and Financial Crimes Commission (EFCC)”.

Lies From The Pit Of Hell

A representative from the Labour Party, Mrs Babatunde Olatunde-Bruce, also via the telephone, debunked rumors that the Labour Party had joined forces with the People’s Democratic Party ahead of the June 21 election.

“There is no pact with the Ayo Fayose Organistion, we are not having any pact with the APC either” she said, accusing the camp of the PDP of sharing false text messages to that effect, insisting that “it is a lie from the pit of hell.

She further noted that as a lawyer, Opeyemi has spent over twenty years and has wide network within the judiciary; therefore he is most experienced.

The Media and Publicity Secretary of the Labour Party in the state also noted that “we have a pact with the good people of Ekiti” revealing that “our pact is to mend this broken heart through our manifesto of change, which we have launched and have given out to the people of Ekiti, to hold onto and to also hold us accountable when we get to government”.

At least 18 parties have presented candidates for the election. However, the contest is realistically between the APC, PDP and LP.