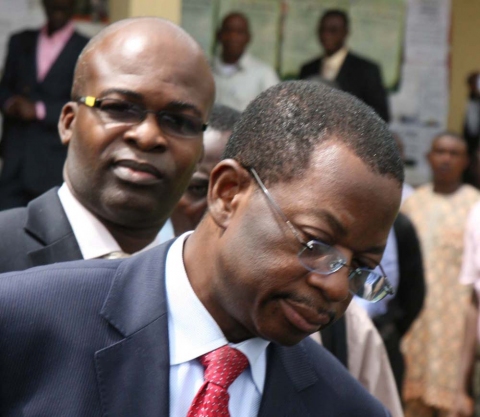 The former Managing Director of Intercontinental Bank PLC (now Access Bank), Dr Erastus Akingbola, and his aide, one Bayo Dada, have opened their defence in the N47.1 billion theft charge made against them by the Economic and Financial Crimes Commission (EFCC).

Both men opened their defence on Wednesday after the ruling of the trial judge, Justice Habeeb Abiru of the Lagos High Court, Ikeja.

In the ruling, the judge dismissed their “no case submission” and held that there is a connection between the evidence of the prosecution and the charges brought against the defendants.

With the ruling out of the way, the stage was set for the former bank boss to call his first witness, one Ayoola Olabisi.

The witness who says she is a Financial and Project Consultant testified that she was in the service of Intercontinental Bank for 19 years before her disengagement.

Counsel to the defense, led by Deji Sasegbon, the witness contradicted the testimony of the EFCC’s first prosecution witness, a Chief Inspector of the bank, Mr Abdulraheem Jimoh.

She testified that contrary to his claims, she responded to a request from one of Intercontinental bank’s correspondent banks, Deutsche Bank on the transfer of the sum of 10million pounds to the effect that it was not an irregular transaction

A copy of the letter in response to the enquiries of the Deutsche bank was subsequently tendered and admitted by the bank as exhibit.

The matter has however been adjourned till the 20th of June for continuation of the testimony of the witness.