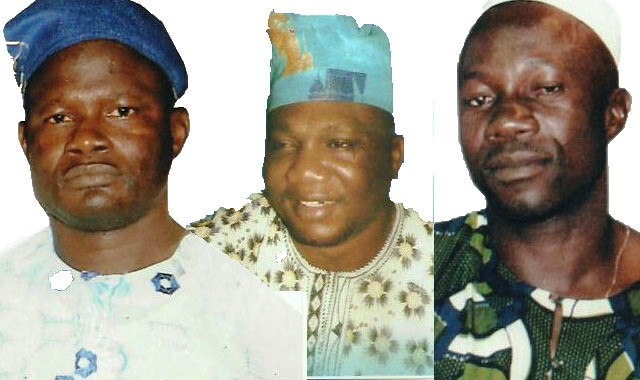 As part of the continuing enquiry into the torture of Ejigbo Market women, the Nigeria Police has obtained the pictures and descriptions of the three suspects declared wanted during its last press update.

As stated in a release by the Force Public Relations Officer, CSP Frank Mba, the three suspects are; Ranti Lukman Akande, Akeem Shitu and Tiri.

Ranti Lukeman Akande a.k.a Otempa uses the appellations: Comrade or Alhaji or Chief Ranti Lukeman Akande. He is between 45 to 50 years old and hails from Ayetoro in Yewa North Local Government Area of Ogun State. He is dark in complexion, tall with a big frame and has no tribal marks.

The suspect has white set of teeth with an artificial gold tooth. He had been known as a panel beater before he eventually started parading himself as Coordinator of the Oodua People’s Congress (OPC). He speaks Yoruba and English Languages. He is married with children and he likes attending parties.

Akeem Shitu is about 42 years of age. He hails from Ayete town, Ibarapa Central Local Government Area of Oyo State. He is dark in complexion, slim but tall and has tribal marks. He speaks Yoruba Language fluently and also speaks understandable English language. He is married and is believed to be a member of the OPC at Ejigbo.

Tiri is about 37 years of age. He hails from Ibadan in Ibadan North Local Government Area of Oyo State. He is married and has children. He is dark in complexion, not too tall, no tribal marks, has pointed nose with uneven set of teeth. He also has visible thick lower lips.

The public has been implored to furnish the Police with any useful information that would lead to the arrest of these wanted suspects. 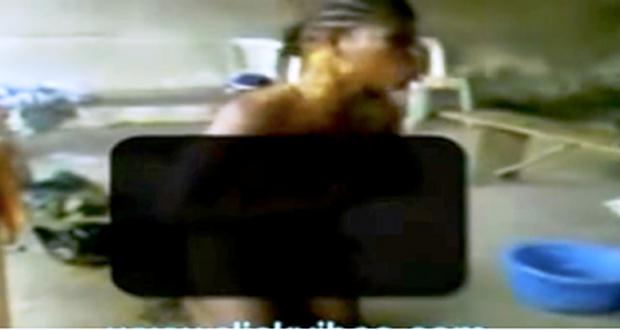 The Nigeria Police Force has arrested and will soon charge to court, 12 suspects connected with the torture of 3 women at Oba Morufu International Market, Ejigbo, Lagos.

This is according to a statement by the Force Public Relations Officer, CSP Frank Mba.

Two of the victims who were young girls were arrested along with their mother, tortured and dehumanized by persons who claimed to be members of Oodua People’s Congress (OPC) providing security at the market, and some market association officials who subsequently extorted the sum of 50,000 Naira from the father of the victims in return for their freedom.

One of the victims, Juliana Agoma, a national of Republic of Benin, was moved back to Cotonou by her father where she subsequently died, allegedly from injuries sustained in the torture.

The suspects include: Isiaka Waidi (the Baba-Oja of the market) said to be the mastermind of the dastardly act which culminated in the arrest, debasement, torture and extortion of 50,000 Naira, Haruna Abdullahi and Buhari Yusuf who mixed the concoction of pepper and alcoholic spirit that were applied on the bodies, including the privates of the victims.

It would be recalled that earlier in the year, the Inspector-General of Police, IGP Mohammed Abubakar, had, in view of his concern towards ensuring the speedy delivery of justice in the case, ordered the immediate takeover of its investigation by the Federal Special Anti-Robbery Squad (FSARS), Force Criminal Investigation Department (Lagos Annex) from the Lagos State Police Command.

Consequently, a team of crack detectives led by DCP Chris Ezike swung into action and conducted discreet investigations, during which the suspects in connection with the matter were arrested.

The Police have also declared wanted the following suspects: Tiri, an alleged member of OPC who was captured in the video footage and alleged to have stripped naked one of the victims, Ajoke Agoma, mother of the two other female victims in the presence of her husband, Otepa Oluronti, Akeem and Michael Abolore whose whereabouts are yet unknown but who have been implicated in having played active roles in the heinous crimes against the victims.

Meanwhile, the IGP has commended the Human Rights, Civil Society, and Women Support Groups as well as the Office of the Public Defender, Lagos State Ministry of Justice and all other stakeholders whose important contributions have tremendously assisted the Police in the matter and others relating to human dignity, safety and security. He called on the public to assist the Police with information that would lead to the arrest of the fleeing suspects. 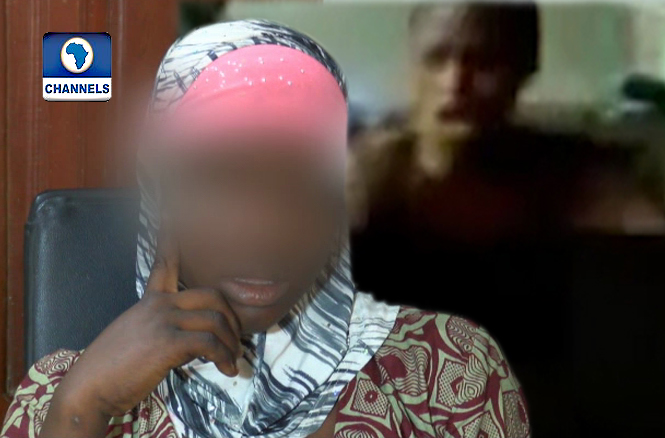