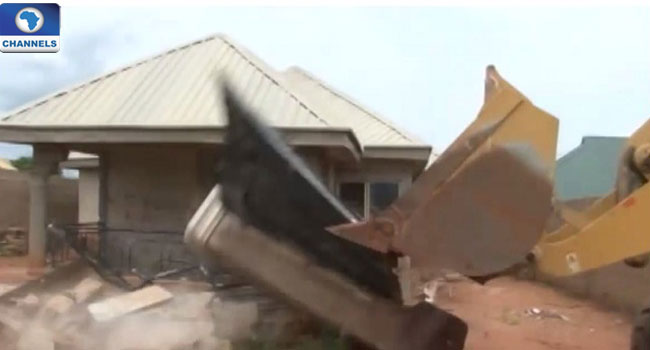 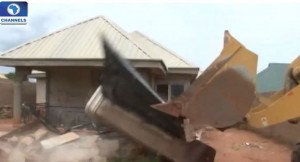 The High Court of Lagos State, sitting in Badagry, will on May 18 hear the case filed by Badagry residents, seeking court’s intervention for restoration of their land.

They claim the land was forcefully taken over by the police to build residences for police cooperative.

The police stormed the communities of Atiporome and Agelade, with caterpillars, bulldozers and armed policemen, demolishing over 100 completed houses.

The landlords, led by Mr Charles Adu, then filed a case in the Badagry High Court to challenge the forceful takeover of their land.

In the High Court, the Lagos State Government filed a preliminary objection against the case, contending that the reliefs being sought by the landlords do not fall within the purview of fundamental rights.

On July 10, 2014, the High Court, Coram O.A. Adesanya, upheld the preliminary objection of Lagos State and struck out the case of the landlords.

Dissatisfied with the ruling of the High Court, the landlords appealed against it to the Court of Appeal.

On February 23, 2016, the Court of Appeal allowed the appeal of the landlords and set aside the ruling of the High Court.

The Court of Appeal then directed the Honourable Chief Judge of Lagos State, to assign the case to another judge for hearing.

The case was subsequently assigned to Justice O. Okikiolu-Ighile, of the Badagry Division.

The case was thereafter fixed for May 5.

On the said day, the landlords were all in court, represented by their counsel, Mr Ebun-Olu Adegboruwa.

Lagos State was represented by the Senior State Counsel from the Lagos State Ministry of Justice, Mrs Olufunke Olugbeminiyi.

The other respondents were not represented.

Mr Adegboruwa traced the history of the case and informed the judge that all the respondents were notified of the hearing for May 6, 2016, but the police did not endorse acknowledgement for the said hearing notice, served by the Court bailiff.

Adegboruwa said the police, however, received the hearing notice served on it by his law firm and he prayed the court to accept the acknowledgement of service.

He then urged the court to give a specific hearing date that would accord with accelerated hearing, being a matter bordering on allegation of infringement of fundamental rights.

On her part, Mrs Olugbeminiyi said the Ministry of Justice was not aware that the Court of Appeal had delivered judgment in the case on appeal.

She then sought for time to file their counter-affidavit.

Mr Adegboruwa promptly countered this submission, maintaining that under Order 8 of the Fundamental Rights Rules, Lagos State should have filed its counter-affidavit along with its preliminary objection, which it deployed to delay the case for almost three years.

The Judge thereafter adjourned the case, by consent of counsel present, til May 18.