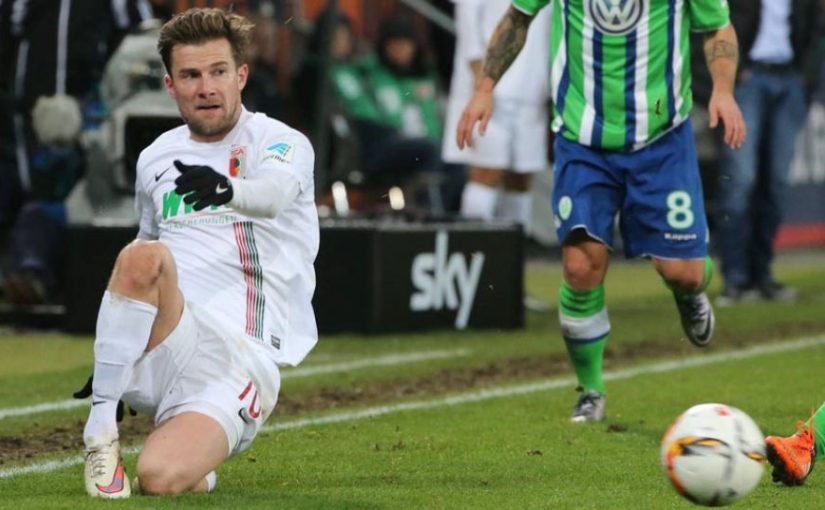 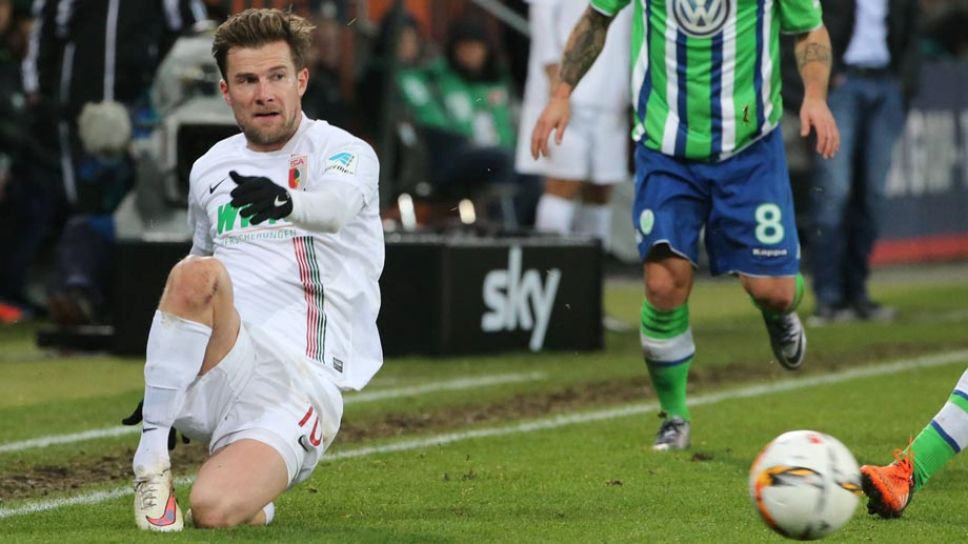 Augsburg captain Daniel Baier could face a heavy German Football Association (DFB) fine after being investigated for making an obscene gesture during a Bundesliga match.

When Baier was tackled near the RB Leipzig bench late in Augsburg’s 1-0 victory during Tuesday’s bad-tempered match, the 33-year-old spat in the direction of RB coach Ralph Hasenhuettl.

The DFB confirmed Wednesday they will investigate, referee Daniel Siebert not having seen the incident.

Baier claims he twice tried to apologise, both after the final whistle on the pitch and again in the dressing room, but that Hasenhuettl rejected the apology.

“He should have been shown a red. It was a pity that the fourth official didn’t see it. He (Baier) did not apologise,” fumed Hasenhuettl.

Immediately after the match, Augsburg’s skipper saw no reason to say ‘sorry’.

“What should I apologise for?” he told Sky.

“My god, it’s a football match and emotions are involved. I made a gesture, what more can I say?”

However, he apologised in a statement posted on social media channel Instagram on Wednesday.

“Out of the emotion, I let myself be swept into making a gesture that I don’t know how I got to,” Baier wrote.

“I apologise to all those who interpreted it as offensive. I apologised to the team before training, because the senseless gesture pushed our great performance into the background. I hope that those at RB Leipzig will also think differently following last night, when I tried to apologise on the pitch and later in their dressing room to clean up the misunderstanding.”

There is a history of bad-blood between the pair after Hasenhuettl previously commented on Baier’s behaviour.

Augsburg are having a stellar start to the season with 10 points from their first five league games to go third in Germany’s top flight.

They are eighth having lost twice in the league so far this season after starting the 2016/17 campaign with a record 13-game unbeaten run on their Bundesliga debut.