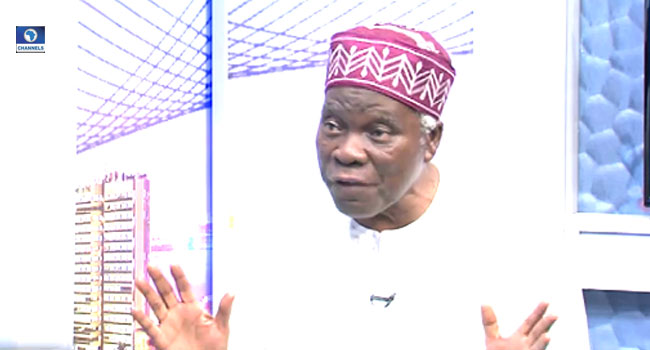 Akintoye, however, said he, alongside others are currently working to provide legal assistance for Ighoho to prevent his extradition into Nigeria, saying “Benin Republic is a land that respect the rules of law.”

This was disclosed in a statement signed on Tuesday by Akintoye.

“I received last night the troubling information that Chief Sunday Adeyemo fondly called Igboho had been arrested at the Cotonou Airport.

“I and other Yoruba Patriots who are immediately available are now working to provide the assistance necessary to ensure that nobody will be able to do to him anything unlawful or primitive and to prevent him from being extradited into Nigeria which is strongly possible.

“Fortunately, Benin Republic is reliably a land of law where the authorities responsibly obey the law,” the statement read in part.

He added that a “leading and highly respected lawyer,” has been hired in defence of Igboho.

He urged Yoruba citizens to stand strong and ensure that “neither Sunday Igboho nor any other Yoruba person will henceforth be subjected to inhuman or dehumanizing treatment of any kind.”

“We must all see to it now that Sunday Ighoho will get his freedom back so as to be able to move and operate as a free person. We all know he has committed no crime.

“We know that some people are trying to suppress or even eliminate him only because he stood up to defend his kinsmen, women and children who are being massively killed and raped in their ancestral home Land; who are having their assets and means of livelihood destroyed, and who are facing ethnic cleansing and even genocide without having the benefit of protection by the rulers of their country,” the statement read in part.

The popular historian called on all Yoruba citizens within and beyond the shores of Nigeria to ensure that their ancestral land is not defeated by invaders. 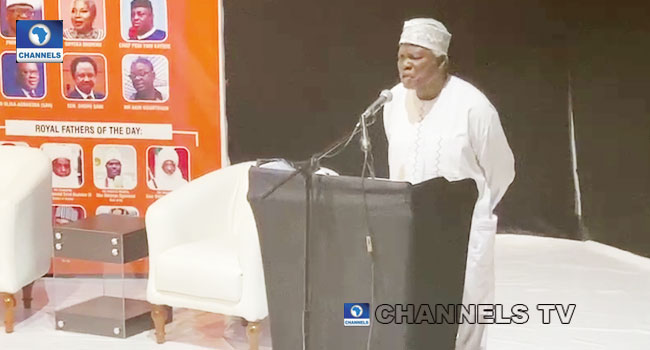 An elder statesman, Professor Banji Akintoye says Nigeria is in a crisis situation, hence calling on the citizens to find a rational solution.

Akintoye stated this on Monday during a gathering of eminent Nigerians including Nobel Laureate Professor Wole Soyinka and Professor Pat Utomi at the Muson Centre in Lagos.

“We are already in a crisis. If in our sober difference to reality find that we can no longer hold together as one family, then let us together peacefully find a rational solution and let us never again plunge into any kind of war,” he stated.

The elder statesman noted that peace was a panacea for development in the nearest future.

He however wants the citizens to collective address issues that may affect them, noting that the nation keep recording a growing population.

The event tagged ‘Never Again’, is aimed at reminiscing on the woes of the war which ended in January 1970 and adjudged as one of the worst scenarios of civil rife across the world.

One of the speakers, Professor Anya Anya, who is the chairman of the occasion believes violence cannot provide the solution to the problems facing the nation.

According to him, Nigeria must learn from the mistakes of the past and what some say was a failure of leadership.

He added that Nigeria was not the only country that has gone through such a situation as the civil war, stressing that losing a war was not necessarily a badge of failure. 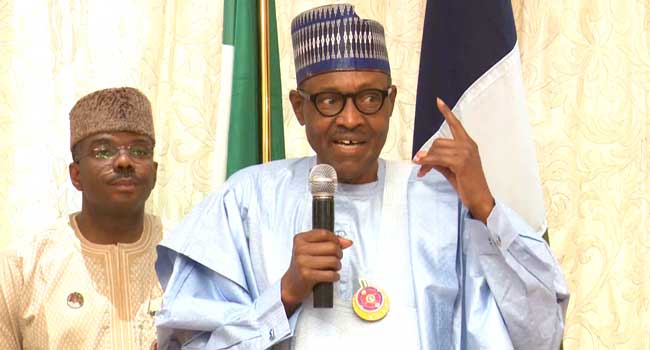 A second republic senator has asked President Muhammadu Buhari to immediately resign from office and not wait until the coming general elections.

Professor Banji Akintoye made the call on Wednesday during his appearance on Channels Television’s Politics Today.

READ ALSO: Buhari Has Achieved More Than Obasanjo Did In Eight Years – Sagay

The former associate of late Obafemi Awolowo believes the President does not have the ability to manage the country’s economy, saying he would advise him to quit his job if he had the opportunity to meet him.

He noted that Nigeria has been evaluated as one of the countries with the highest rate of poverty, as well as one of the nations where citizens have the least access to basic amenities.

“This president does not seem to know or understand Nigeria, does not seem to care about the suffering of people, and has no clue at all about managing the economy,” said Professor Akintoye.

“If I were to stand in from of him, as a fellow citizen who belongs to my generation, I would say ‘brother, you can’t do this job’.

“I will say to him, ‘my dear brother you cannot do this job; you have no idea (of) how to do it. Our country is perishing under you, I would advise that you resign (and) not even talk about standing election in 2019’. I think he should resign right now,” he added.

The elder statesman made the comments amid controversy and war of words that have accompanied a statement issued by former President Olusegun Obasanjo on Tuesday.

Obasanjo had in the 13-page statement, advised President Buhari not to seek re-election and called for a new movement to salvage Nigeria from its challenges.

He also said the Buhari government has failed the people, especially in one of the areas it pitched as its ‘key point of action’ when it assumed office in 2015 – the fight against corruption.

The historian further criticised the ruling All Progressives Congress (APC) as a ‘disintegrated’ party and the Peoples Democratic Party (PDP) as a one that is encouraging ‘corruption’.

He also faulted the Senate and called on Nigerians to ensure they elect lawmakers who would lead the country on the path of restructuring and ensure adequate security of lives and property.

“APC is not a party, it’s just a contraption that was brought together to produce Buhari as president,” the second republic senator said. “After that, it (the party) disintegrated. Buhari is not using APC as a factor in a government.”

“PDP has so mismanaged our lives in the past and has such a hideous record of corruption; to think that Nigerians will after one term vote for a party like PDP is egregious. No, it cannot happen – what should happen is what former President Obasanjo is suggesting.

“Nigerians need to get together, put themselves together, and find a way to elect a totally different Senate in 2019 that will lead Nigeria – one, to restructure the country so that we can release all the tensions and two, to bring security into the land. We need to have security in our land,” he added.