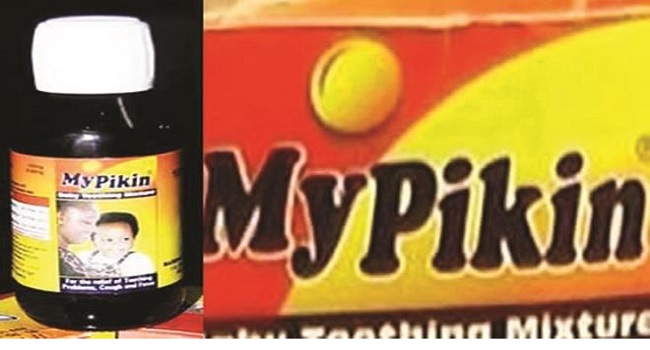 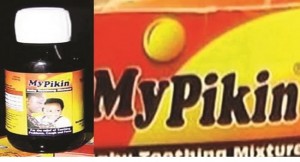 The Court of Appeal sitting in Lagos has upheld the judgment of a Lagos High Court, which sentenced two employees of Barewa Pharmaceutical Company Limited to seven years imprisonment each for selling a contaminated teething syrup- “My Pikin”.

The contaminated syrup was said to have led to the Death of some babies.

In a unanimous decision delivered by Justice Chinwe Iyozoba on Tuesday, the Appeal Court held that samples of the contaminated drug were tested in a laboratory, adding that the process was clear, smooth and there was no need for additional scientific evidence being requested by the appellants.

The court, however, held that the lower court was wrong when it convicted the appellants on the offence of conspiracy adding that the prosecution did not establish any evidence showing that the appellants conspired to manufacture and distribute contaminated drugs.

Consequently, the appeal court set-aside their conviction on conspiracy but added that it will not have any effect on the 7-year sentence since the jail term will run concurrently.

The court also set aside the order of the lower court winding up the company and the forfeiture of its assets to the Federal Government.

The court held that Section 118(b) of the Miscellaneous Offences Act did not empower the trial judge to wind-up the company and order forfeiture of its assets.

The court further held that what the trial judge ought to have done was to order forfeiture of the contaminated drugs and not the company.

However, the court imposed N1 million fine against the appellants.

This is the second time the case is coming to the Court of Appeal after the Supreme Court had ordered the appellate court to hear the case on the valid ground of appeal filed before it in July 2013.

Justice Okechukwu Okeke of a Federal High Court in Lagos had sentenced two men, Adeyemo Abiodun and Ebele Eromosele on May 17, 2013 for selling the syrup known as “My Pikin’’.

The convicts were employees of the Barewa Pharmaceutical Company Limited Lagos.

They were prosecuted by the National Agency for Food and Drug Administration and Control (NAFDAC).

Justice Okeke found the duo guilty of conspiracy and sale of the adulterated teething mixture, which was said to have caused the death of more than 80 children in Nigeria.

The court had also ordered that the company should wind up and its asset forfeited to the Federal Government.

Dissatisfied, the appellants urged the Court of Appeal to set aside the entire judgement.

But in its judgement delivered by Justice Sidi Bage, the appeal court affirmed the 7-year sentence, but reversed the order for winding up and forfeiture.

The judge held that the prosecution sufficiently proved that the men committed the offences.

But, the Supreme Court faulted the judgment of the Court of Appeal, Lagos, which upheld their conviction.

The Supreme Court, faulted the judgement on the ground that it was determined on an abandoned notice and grounds of appeal.

The apex court in its verdict delivered by Justice Bode Rhodes-Vivour, then ordered that the appeal be remitted to the Court of Appeal, Lagos for it to hear the appeals on the “valid notice/grounds of appeal” filed on July 3, 2013.

Justice Rhodes-Vivour noted that, of all the issues raised in the appeals, it was discovered that issue two was a threshold issue, to the effect that the Court of Appeal, Lagos Division abandoned the operative notice of appeal and relied on the abandoned notice of Appeal. 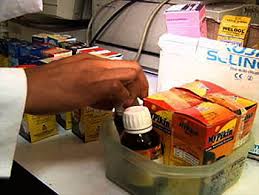 A Federal High Court in Lagos has convicted and sentenced to seven years imprisonment, two employees of Barewa Pharmaceutical Company Limited, Adeyemo Abiodun and Ebele Eromosele, over the production of a baby killer syrup, My Pikin.

The judge also ordered that the company be closed and its assets forfeited to the Federal Government.

The company and its employees were charged on an amended six-count charge of the production of My Pikin after infants that used the drug started dying in 2008.

There was mild drama, midway into the judgment, as one of the convicts suddenly collapsed while the Judge read out his judgment.

Trial judge, Justice Okechukwu Okeke, in his judgment, convicted the accused on two counts, while he acquitted them on four counts.

The Judge accordingly sentenced the accused to seven years imprisonment each, while he ordered the company to be compulsorily wound up and its assets forfeited to the state.

My Pikin, a paracetamol-based syrup, used for treating sore gums, was found to have been contaminated with diethylene glycol, used as an engine coolant.

The mixture was found to contain engine coolant and it caused the babies’ kidneys to fail, which led to their deaths.