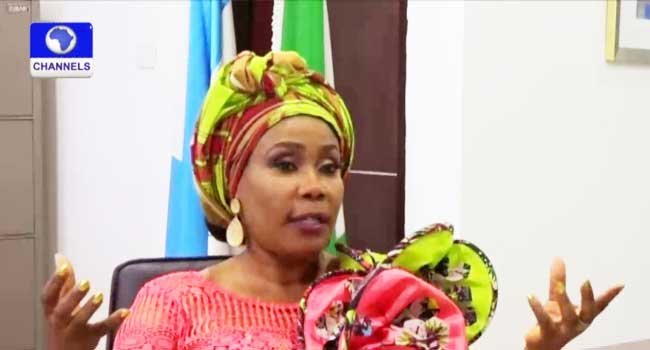 Director-General of the National Agency for the Prohibition of Trafficking in Persons (NAPTIP), Barrister Julie Okah-Donli, has explained how the agency intends to fight the scourge of human trafficking.

According to Okah-Donli, new means have to be used to curb the activities of traffickers because they themselves keep deploying new strategies in their illicit business.

She, therefore, believes that the solution to dealing with the menace decisively is to properly educate the masses on the dangers of the activity.

“We need to carry out this sensitisation and awareness campaign aggressively in all the states because when you concentrate on one state, what it does is that the traffickers move to the next, the next and the next (state),” she said on The Chat airing on Channels TV.

“So we must have this massive awareness campaign simultaneously in all the states and that is why we went ahead to set up Human Trafficking Task Force in some states”.

One of such states, is Edo State where according to her, Governor Godwin Obaseki’s administration oversees the Human Trafficking Task Force.

She, however, called on other governors to step up their game and join hands to effectively fight the menace in the country, while also calling on parents to adequately cater to their children to prevent them from being victims of human trafficking.