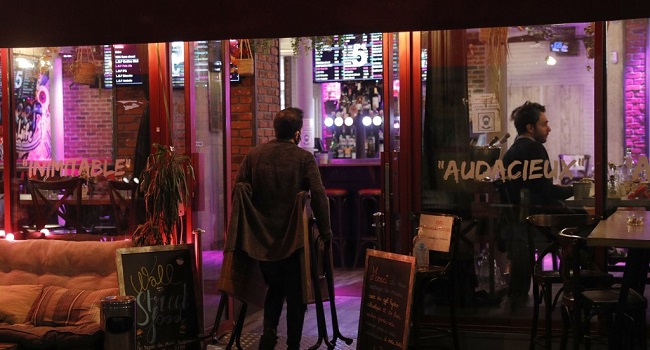 Paris bars and cafes will shut for two weeks as the city and its region were placed on maximum alert Monday, with Europe facing a second wave of the coronavirus pandemic and the hospitalisation of President Donald Trump throwing the US election campaign into a tailspin.

The shuttering of bars and cafes — seen by many as the essence of Parisian life — were “braking measures because the epidemic is moving too fast,” Paris police chief Didier Lallemant told journalists, adding that restaurants will remain open provided they respect new safety measures.

These will include making sanitising hand gel available at all dining tables, limiting patrons to six a table with at least a metre (3.3 feet) between seats, and allowing patrons to remove their masks only for eating.

Also on Monday, the president of the European Commission Ursula von der Leyen said she would self-isolate for a day after learning she had met someone infected with Covid-19 last week.

Von der Leyen, who turns 62 this week, is not the first senior EU official to be quarantined in recent weeks. Last month the president of the European Council, Charles Michel, was forced to postpone a European leaders’ summit for a week after a security guard in his team tested positive.

Europe, which has recorded 235,553 deaths, is approaching a caseload of six million out of the more than 35.2 million cases officially diagnosed across the world.

The virus has killed at least 1,037,971 people worldwide according to the latest AFP tally based on official sources.

Neighbouring Ireland for its part is mulling a nationwide lockdown after a surge of new cases.

The National Public Health Emergency Team recommended that the entire country reprise the highest level of Covid-19 restrictions imposed during the original lockdown in March.

Russia recorded 10,888 new cases on Sunday — close to a peak reached in May — but stopped short of reimposing a new lockdown.

Spain has decided partial lockdowns for two more cities, Leon and Palencia, after residents of Madrid and nine nearby towns were barred from leaving city limits for any reason other than work, school or medical and legal appointments.

While Madrid’s regional authorities have criticised the two weeks of restrictions as too stringent, healthcare experts have said they do not go far enough.

Europeans despondent over returning to restrictions they had thought were behind them can look to New Zealand’s triumph over a second wave in the Pacific island nation.

Prime Minister Jacinda Ardern declared that her country had “beat the virus again” and announced that restrictions in the largest city Auckland would be eased after a second Covid-19 wave was contained.

“Aucklanders and New Zealanders stuck to the plan that has worked twice now, and beat the virus again,” Ardern said.

While the ravages of Covid-19 on the physical and economic life of the planet are clear, the pandemic’s devastating effects on mental health have been widely overlooked, the World Health Organization said Monday.

A survey conducted between June and August revealed severe disruptions to mental health services in 93 countries, the WHO said ahead of a large fundraising push.

“This is a forgotten aspect of Covid-19,” WHO mental health director Devora Kestel told a virtual media briefing.

Meanwhile, as Trump began his fourth day in hospital on Monday, doctors said they would decide later in the day whether he could be discharged.

With a tough election campaign against Democratic rival Joe Biden in its final month, Trump and his advisors have sought to project a sense of continuity.

The US president, who was flown Friday to Walter Reed hospital outside Washington, released videos and photos of himself and made a drive-by appearance to supporters gathered outside the facility.

He said he had “learned a lot about Covid” by “really going to school” as he has battled the virus. 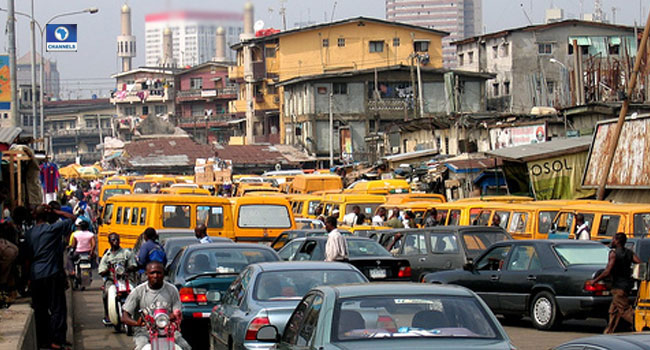 The Lagos State Safety Commission has sealed some lounges, bars, spas, and night clubs for flouting the government’s directives on the closure of social clubs in a bid to curb the spread of coronavirus (COVID-19) in the state.

The Director-General of the Commission, Lanre Mojola, disclosed this on Monday while giving an update on the recent exercise carried out by the agency’s Compliance and Enforcement teams.

He listed the areas to include Lagos Island, Surulere, and Abule-Egba among others, stressing that the government has zero-tolerance for breach of safety precautionary measures and would not condone flagrant disobedience of its directives.

He added, “Our preliminary investigations revealed that some bars and night clubs are not complying with safety guidelines and closure directive issued by the state government.”

Mojola stated that the Commission has started issuing provisional safety compliance certificates to social clubs that have registered and have had their facilities verified for re-opening.

He, therefore, urged other social centres that have yet to register for the “Open Initiative” policy to do so, stressing that the facilities that have already been issued certificates were still not allowed to open until stipulated guidelines and pronouncements were made by the governor.

The agency’s chief said registration and verification were free and user-friendly and appealed to business owners to support the government by complying with all safety guidelines and protocols as part of efforts to contain the spread of coronavirus in the state.