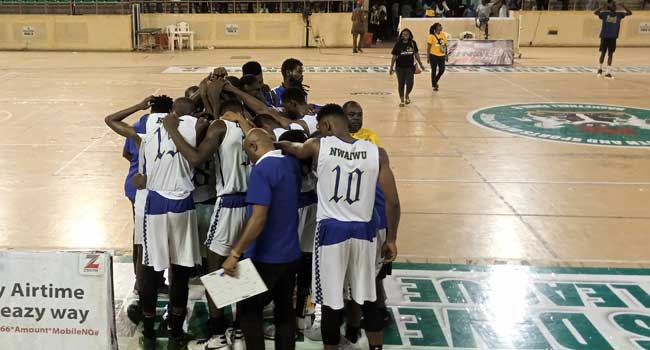 Rivers Hoopers Basketball Club pulled off a second-half comeback to beat rivals Gombe Bulls 69-61 to set up a semi-final clash with Nigeria Customs at the Indoor Sports Hall, Moshood Abiola Stadium in Abuja.

The group stage of the ongoing Federal Ministry for Youth and Sports Development (FMYSD) Final 8 has been concluded with the Kingsmen maintaining a perfect start to the competition after winning all three games.

After a back-and-forth affair in the first half, Rivers Hoopers took control in the third quarter despite trailing at half-time (33-34).

The two Hoopers’ guards built a strong two-man game that kept Rivers Hoopers’ offense flowing late in the game. The Port Harcourt-based team eventually extended their lead to 8 points in the last 27 seconds of the game.

Rivers Hoopers will take on Customs in today’s semi-final clash. 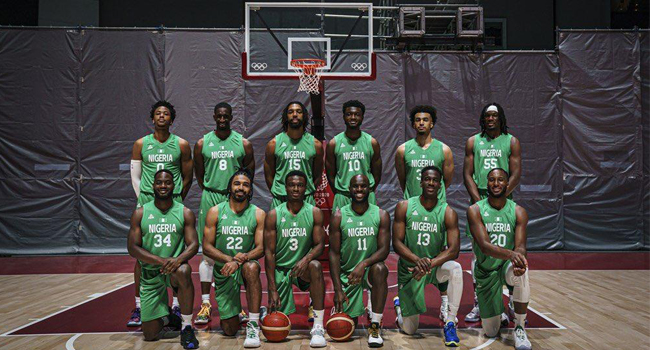 Nigeria’s senior men’s basketball team, the D’Tigers have lost 84-67 to Australia in their opening Group B match at the Tokyo Olympics.

Two weeks ago in Las Vegas, the Boomers were 39 points better than Nigeria but in today’s encounter at the Saitama Super Arena, Coach Mike Brown’s team got off to a good start but in the crucial stages of the match, poor shooting let them.

Both teams combined for 46 turnovers with Australia contributing 22. The first quarter was a tight affair, it ended 23-23 and the direction of the match was hinged on the second-quarter performance.

Australia won it 20-17. Nigeria lost seven free throws, easily they would have taken the lead into the break.

In the third quarter, the arena’s buzzer couldn’t function properly and that affected the momentum of the game. Notwithstanding, the Boomers got their shooting right, Nigeria struggled with theirs and lost the quarter 15-12.

In the 4th quarter, Patty Mills took things personally with exceptional shooting and the Boomers won 26-15 to wrap up a fine performance with defense being the main focus for coach Brian Goorjian’s team.

The D’Tigers will hope to make amends when they take on Germany in their second group match on Wednesday, 28th July. Kaduna State Governor, Nasir El-Rufai, has banned the allocation of fertilizers to traditional rulers, politicians and other elites in the state.

The Governor also directed that fertilizer stocks should be sold directly to local farmers from designated sales points.

In a statement issued by the Governor’s Spokesman, Samuel Aruwan, on Saturday, Governor El-Rufai gave the directive shortly after he paid an unscheduled visit to the fertilizer warehouse of Kaduna State Ministry of Agriculture at Dankande village along Kaduna-Zaria Express Way.

El-Rufai made it clear that his administration will not condone injustice and acts of discrimination that would be a disadvantage to ordinary citizens.

During a meeting with the leadership of the Northern Christian Elders Forum on Friday, Governor El-Rufai had said that the Kaduna State Government has concluded plans to merge some of the state ministries, and also cut down the number of Commissioners into the State Executive Council in order to cut down the cost of governance. 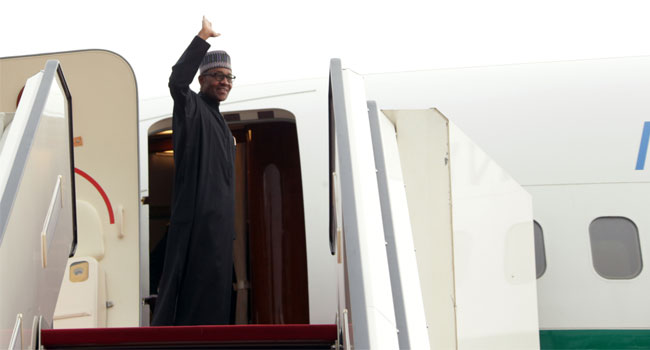 President Muhammadu Buhari will be leaving Nigeria on Sunday morning, to attend the G7 Summit that is scheduled to take place in Bavaria, Germany, from June 7 to 8, 2015.

In a statement released in Abuja on Saturday, June 6, the Senior Special Assistant to the President on Media and Publicity, Garba Shehu, said that the invitation was extended to President Buhari by German Chancellor, Angela Merkel, even before he was sworn in on May 29 as the President of the Federal Republic of Nigeria.

”The invitation is a clear indication of the international community’s willingness to cooperate with the new government of Nigeria,” he said.

He added that President Buhari would not be participating in the main meetings, since Nigeria is not a member of the G7 group.

The attendees at the  41st G7 summit will include the leaders of the seven G7 member states, as well as representatives of the European Union.

The President of the European Commission is a permanently welcome participant in all meetings and decision-making since 1981. 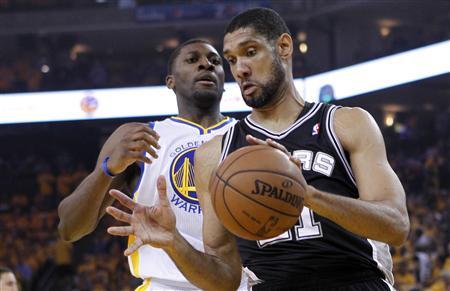 The San Antonio Spurs advanced to the Western Conference finals after closing out the Golden State Warriors 94-82 in Game Six of their semi-final series on Thursday.

Led by Tim Duncan’s 19 points, the second-seeded Spurs claimed victory on the road in Oakland to seal a 4-2 triumph in the best-of-seven series and set up a showdown against the fifth-seeded Memphis Grizzlies.

Parker was a dismal 3-for-16 from the floor but stepped up late in the game, scoring 10 of his 13 points in the final three and a half minutes to help the Spurs over the line, while Ginobli at least contributed 11 assists to his five-point haul.

Stephen Curry top-scored with 22 points for the Warriors but it was not enough to continue the fairytale run of a youthful Golden State side, who will expect to return bigger and stronger next season.

Golden State’s bench added 36 points to the cause, led by Jarrett Jack’s 15.

“We’re disappointed for it to end the way it did in our home court,” Curry told reporters. “We are excited about the foundation we built as a team going forward and we look forward to next year.”