The family members of Sgt. Salvation Adaka a Policemen who was shot dead by his colleagues over N20,000 ‘largesse’ on November 7, 2016 in Yenagoa have called on the Police authorities to prosecute the culprits.

It was gathered that Adaka and three of his colleagues from Agudama-Ekpetiama Police Division were on patrol duty on November 7 2016 and stopped over at a wake-keep where they were rewarded with N20,000

Trouble however started when an argument ensued over the sharing formula for the gift received by Adaka, the most senior member of the patrol team and he was shot dead in the scuffle.

Prince Joseph Yabefa, the representative of the family of the deceased policeman said that the family just received the autopsy reports which confirms that Adaka died of gunshots.

He said that the pathologist who conducted the post mortem and autopsy found pieces of the lethal bullets in the spinal cord of the deceased.

Yabefa, who expressed satisfaction with the steps so far taken by the Bayelsa Police Command on the incident, noted that the family is demanding the prosecution of the suspects.

“We have been following developments on the case, our interactions with the Police indicate that three of the Policemen with Adaka on that day were immediately arrested and detained.

“We were also told that one of them who was found not to be culpable have been released while two are still in Police custody awaiting prosecution.

“Most importantly, investigations have indicated that they were on official duty when the incident ensued and not illegal duty as being speculated.

“We are still in grief because Salvation Adaka was the bread winner of the entire extended family including his immediate family; he has an aged mother, five children as well as elder and younger brothers that depended on him.

“We urge the Police to sustain the tempo and not to tamper with the evidences available that will form the basis of prosecution and we shall follow this matter to a logical conclusion,” he said.

Sources at Bayelsa Police Command revealed that the two policemen indicted in the case have been dismissed. 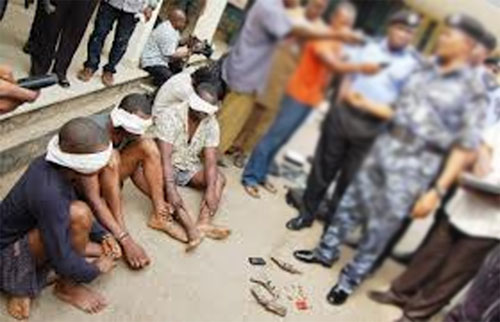 The Bayelsa police command has paraded three suspects alleged to be part of a gang that kidnapped five dredging workers in Bayelsa state.

The state commissioner of police, Hillary Okpara in a press briefing said the suspects when arrested were with the sum of N1.45 million, part of the ransom money paid to them.

The police commissioner in his address condemned the lack of trust on the competence of the police to rescue kidnap victims from their captors which leads to people paying the ransom fee without informing the police. He said the Nigerian police are equipped and able to rescue victims of kidnap.

The special adviser to the Bayelsa state governor on security, Colonel Bernard Kemebai used the opportunity to assure residents of state that plans are underway to ensure that the creeks are as safe as the main towns.

It will be recalled that Bayelsa state is one of the states with an anti-kidnapping law which prescribes death for anyone found guilty of kidnapping. 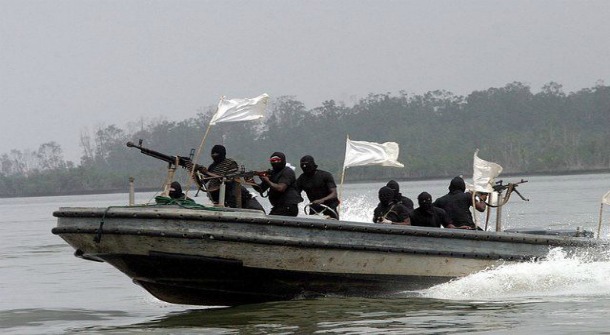 The Bayelsa Police Command, however only confirmed the killing of two persons in the attack and the theft of the sum of N1.5million from one other passenger.

It was  a  gathered that they struck at about noon on Sunday and attacked passengers traveling along the Port Harcourt-Nembe sea route, identified as Kilometre 46, a boundary community between Rivers and Bayelsa States.

Though the Identities of the victims are yet to be ascertained, ıt ıs alleged that the driver of the boat and other passengers sustained bullet wounds and are now receiving medical treatment in an undisclosed hospital in Yenagoa.

When contacted on phone, State Police Public Relations Officer, Alex Akhigbe, confirmed the incident, saying that the location was not within the jurisdiction of the Police command.

Akhigbe further stated that two passengers were killed in the attack. 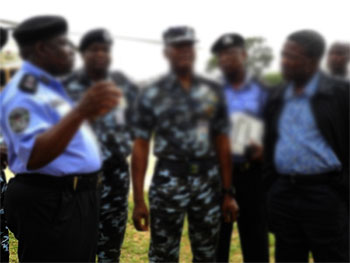 According to the Bayelsa Police Command Spokesman, Alex Akhigbe, the new Commissioner of Police who hails from from Ondo State, resumed duty on Thursday to replace retired Commissioner, Kingsley Omire.

According to a statement from Mr. Akhigbe, the new commissioner is an astute and professional police officer.

The Former Commissioner of Police, Mr. Omire was retired by the Force Headquarters after he was confirmed to have attained the retirement age of 60 years old.

Mr. Omire is credited to have contributed tremendously to the various security measures of the present administration of Governor Seriake Dickson.

Chief among his accomplishments is the establishment of a functional security outfit known as Operation Door Akpor and the procurement of Police gunboats for the patrol of the state’s waterways.