A Belgian court sentenced a Vietnamese man to 15 years in prison on Wednesday after convicting him of being the ringleader in the trafficking of 39 migrants found dead in a lorry.

Vo Van Hong, 45, was found guilty of leading a cross-Channel people-trafficking operation that has been linked to a truck found full of corpses on an English industrial estate in October 2019.

At least 15 of the 39 dead had passed through the Belgian-based trafficking network, which operated two safe houses in the Anderlecht district of Brussels for migrants heading to Britain.

The 2019 discovery on the Grays industrial park east of London was one of the worst involving migrants in recent years.

The victims — 31 men and eight women aged between 15 and 44, all Vietnamese — died from suffocation and hyperthermia in the confined space of the container, which arrived on a ferry from Zeebrugge.

Several suspects have already been convicted and incarcerated in Britain and Vietnam in connection with the case. In France, 26 more have been charged and face trial.

In Belgium, Vo was one of 23 suspects — both Belgians and Vietnamese — put on trial after a May 2020 police operation in which several addresses, most in the Brussels region, were raided and Vietnamese suspected of links to the gang were rounded up.

Of the 23, a total of 18 — including Vo — were convicted and five were acquitted.

Vo was handed the stiffest sentence, followed by his main lieutenant, who received 10 years, and one driver who received seven years.

The other 15 who were convicted received sentences ranging from one year to four years and two months, most of them with suspensions applied.

Most of the defendants were convicted as members of the people-smuggling ring while others were charged as accomplices, used as safe-house guards, grocery shoppers for the migrants or drivers.

Prosecutors said the “very well-organised” gang was specialised in clandestinely transporting people into Europe then Britain for a fee of 24,000 euros ($27,000) per person.

Vo was convicted of running a criminal organisation in Belgium involved in smuggling a total of 115 identified people to Britain between September 2018 and the date of his arrest in May 2020.

He denied acting as ringleader and claimed he was a “victim” of the smuggling ring.

Prosecutors said the gang used an Irish trucking company that regularly imported Vietnamese biscuits to get the migrants across the Channel.

Vietnamese gang members took charge of the arriving migrants once they got to Britain.

Many of the dead migrants in the truck came from a poor region in the centre of Vietnam.

Families there rack up thousands of dollars in debt to have a single family member smuggled into Britain in the hope of securing a better life. 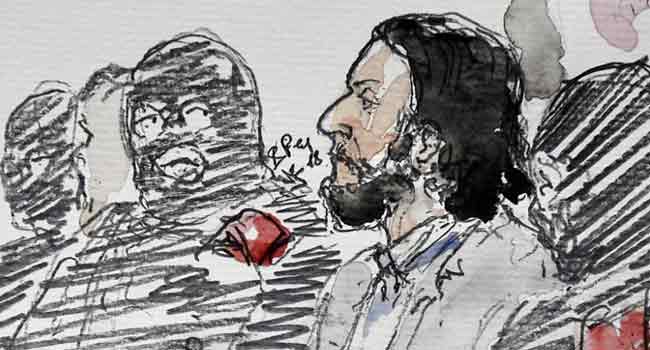 A Belgian court on Monday found Salah Abdeslam, the last surviving suspect in the Paris attacks, guilty of terrorism-related attempted murder over a shootout with police in Brussels days before his capture in 2016, and sentenced him to 20 years in jail.

In its judgment, the court in the Belgian capital said “there can be no doubt” about jihadist Salah Abdeslam and his co-defendant Sofiane Ayari’s involvement in extremism.

Prosecutors had asked for 20-year jail terms for both.

Neither 28-year-old Abdeslam — who is being held in jail in France pending a separate trial over the 2015 Paris attacks in which 130 people died — nor Ayari, 24, were in court for the verdict.

Four police officers were wounded in the gun battle after police acting on a tip-off over the Paris attacks raided a flat in the Forest area of Brussels on March 15, 2016.

Abdeslam, a Belgian-born French national, was arrested three days later in the largely immigrant Molenbeek area of the Belgian capital, near his family home.

On March 22 suicide bombers from a cell linked to the Paris attacks killed 32 people and wounded hundreds more at Brussels airport and a metro station in the Belgian capital.

The judgment said Abdeslam had written a document addressed to his mother saying that “Allah guided me and chose me among his servants to open his path. It is for that reason that I had to fight the enemies of Allah with all my strength.”

He added that his brother Brahim, who blew himself up during the Paris attacks, “did not commit suicide — he is a hero of Islam.”

The judgment on Monday said that 34 shots in total were fired during the shootout.

Belgian police mounted tight security around the imposing Palace of Justice building in Brussels for the verdict.

Abdeslam has spent most of the last two years in jail in France.

He was transported to the court from France for the first day of the trial amid tight security including a helicopter escort, while Tunisian national Ayari, 24, is in jail in Belgium.

On the first day of the trial, Abdeslam proclaimed that he would only put his “trust in Allah” and accused the court of being biased against Muslims.

He then refused to attend the rest of the proceedings.

Investigators say Abdeslam’s arrest spurred the Brussels bombers to bring forward the 2016 attacks, which had originally been planned for a later date, as they feared they could be captured.

Prosecutors have said that DNA links Abdeslam to the apartment in the Forest district of Brussels where the shooting took place, but not to the weapons that were used.

After Abdeslam refused to return to court for the trial in February, his lawyer Sven Mary sought the case’s dismissal on a technicality over how the judges were named to investigate the gun battle, and said media leaks had denied him a fair trial.

But lawyers for police wounded in the gun battle accused Abdeslam of “mocking” the trial.

One of the injured police officers was still suffering from after-effects including brain lesions, epileptic fits and vision and balance problems.

An organisation representing victims of the Brussels attacks and their families has asked for symbolic damages of one euro from the trial.

The Belgian trial is a prelude to a bigger one that Abdeslam will face in France at a later date over the Paris attacks of November 13, 2015, which were claimed by the Islamic State jihadist group.