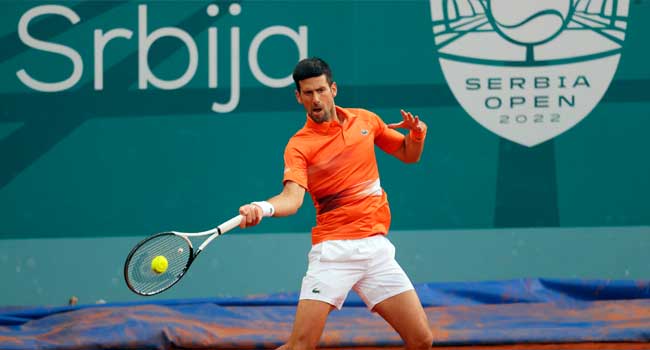 Novak Djokovic came back from a set down against a Serbian compatriot for the second successive day to reach the Belgrade semi-finals on Thursday.

Djokovic, chasing a third title at the Serbia Open and a fourth ATP Tour title overall in his home city, will face either third seed Karen Khachanov or Brazilian qualifier Thiago Monteiro for a place in the final.

Djokovic had also needed three sets to beat Lazlo Djere in his opening round on Wednesday as he gears up towards the defence of his French Open title in Paris next month.

The Belgrade event is only Djokovic’s third of 2022 after he was deported from Melbourne – and denied the chance to defend his Australian Open title – after entering the country unvaccinated.

He was also barred from playing at the Indian Wells and Miami Masters over his controversial Covid-19 stance.

The 34-year-old made the last-eight in Dubai in February and then lost his opening match at the Monte Carlo Masters last week. 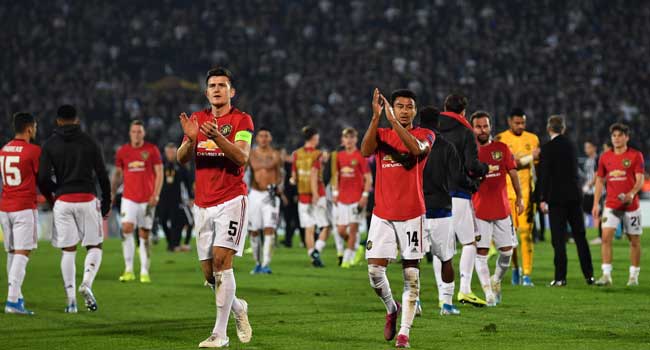 Manchester United made an emotional return to Belgrade on Thursday and, after a ceremony to remember the ‘Busby Babes’, eked out a first away win since March, 1-0, over Partizan.

Anthony Martial scored the only goal of the Europa League Group L game with a penalty kick after 43 minutes, but the hosts had eight strikes on target to just three by United.

The game marked the return to the ground where Matt Busby’s famous team of talented youngsters played their last game, a European Cup quarter-final against Red Star in February 1958.

The plane crashed in Munich on the way home and seven United players were among the 23 who died.

United had only played in Belgrade once since then, when they lost a European Cup semi-final to Partizan in 1966.

On Thursday afternoon, United held a commemoration ceremony where former players Bryan Robson and Mickey Thomas laid a wreath on the centre circle at the Partizan Stadium and vice-chairman Ed Woodward gave a speech.

“As soon as the draw happened, our attention turned to wanting to remember those who lost their lives in 1958,” he said.

“This was the last place, on this very ground, against Red Star Belgrade, when they played as a team together.”

“So for us as a club, there is a game tonight but for us the trip is also important for remembering those who lost their lives.”

For the match, United made eight changes from the team that drew at home with Liverpool on Sunday. Teenagers Brandon Williams and James Garner came into the team.

Williams, playing wing back, made a decisive contribution in the 43rd minute when he burst into the Partizan box and drew wild tackles from two home defenders. Martial rolled the penalty into the corner of the goal.

United spent much of the match defending.

“We expected a hostile environment but we got the win,” said United defender Phil Jones. “I thought Garner and Williams were outstanding.”

United can ensure a spot in the knockout rounds if the beat Partizan at Old Trafford on matchday four.

‘Our aim is to enjoy’

In a game in Bratislava, played in an unusual atmosphere after Slovan side-stepped a stadium ban for racism by giving 21,000 tickets to children, Wolves fought back from a goal down to win 2-1.

Romain Saiss levelled in the 58th minute with a low, long-range shot that bobbled through goalie Dominik Greif’s legs

Six minutes later, Vernon DeMarco gave Raul Jimenez a shove in front of goal and the Wolves striker scored the winner from the resulting penalty.

Diogo Jota collected one yellow card after 86 minutes and another one minute later, but Wolves held on to win away for the fifth time in Europe this season.

“We managed to take what we wanted from the game,” Nuno Espirito Santo, the Wolves manager, told BT, the British broadcaster. “Our aim is to enjoy this competition.”

A penalty also proved pivotal in a Group J game in Rome.

Nicolo Zaniolo gave Roma the lead over Borussia Moenchengladbach but Chris Smalling conceded a penalty in the fifth minute of added time and Lars Strindl, a second-half substitute, calmly converted.

Roma stayed top of the group while ‘Gladbach are last.

The two teams have four points, two behind group leaders Young Boys who won 2-0 at home to Feyenoord. 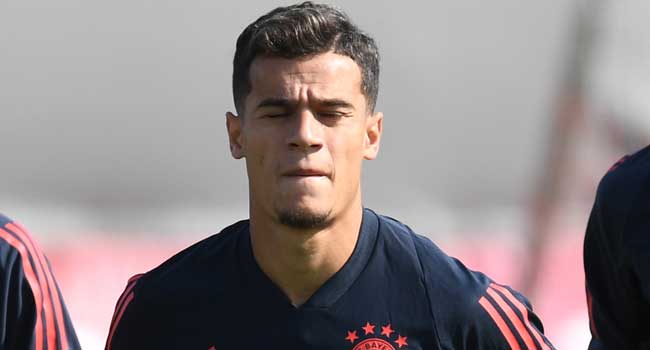 Following seven semi-final appearances in the last decade, the former Liverpool midfielder has been hailed as the man who can take Bayern the extra step in European football’s flagship competition this season.

The departure of veteran stars such as Franck Ribery and Arjen Robben seemed to confirm the end of an era, but Coutinho’s arrival on loan from Barcelona has prompted fresh hope that Bayern can be restored as one of the continent’s most feared sides.

“There are always big expectations at Bayern and of course the Champions League is a goal,” said Coutinho at his unveiling in August.

Many believe that the 27-year-old can inspire Bayern to their first Champions League title since 2013.

Fellow Bayern midfielder Corentin Tolisso echoed that sentiment in an interview with Sky last month, saying that the loan signings of Coutinho and Croatian winger Ivan Perisic would be decisive for Bayern.

“Before those two arrived, we didn’t necessarily have a team that was capable of winning the treble,” said Tolisso.

“With this team, we can go very far in the Champions League. I think the title is possible.”

Such expectations could weigh heavy on Coutinho, who is looking to reboot his career after struggling to hold down a first-team spot in a year and a half at Barcelona.

His price tag is also a potential burden. Though Bayern paid a loan fee of just 8.5 million euros ($9.5m) to secure his services, German media estimate Coutinho’s wages at around 13 million euros a year after tax, which would make him the highest-paid player in the Bayern dressing room.

“Those things don’t bother me. I want to enjoy being on the pitch, play in big games and win titles. The numbers are just a side note for me,” Coutinho told Sport Bild magazine last week.

The Brazilian has charmed the Munich press so far, promising to learn German and speaking in glowing terms of the welcome he has received at Bayern.

He told Sport Bild that he hoped to emulate the sort of form which once made him a fan favourite at Liverpool.

“I have noticed in my first few games for Bayern that football here is very intense like it is in England. Much more so than in Spain and Brazil. That is good for me,” he said.

Coutinho even claimed he could imagine staying longer at Bayern if the club were to win the Champions League this season.

“That is a big dream for me, similar to winning the World Cup,” he said.

Yet it remains early days for Coutinho, who has made just one start for Bayern in three Bundesliga appearances so far.

He played just 10 minutes in last Saturday’s 1-1 draw at RB Leipzig, with Thomas Mueller preferred in the starting line-up.

“He only had 72 hours recovery time. He will definitely play in the next few games,” said Kovac.

For Coutinho, it seems, the season starts for real on Wednesday against Red Star Belgrade. 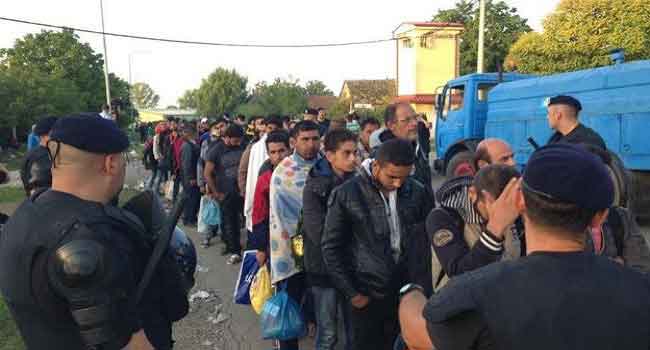 Croatia has closed seven of its eight road border crossings with Serbia, following a huge influx of migrants.

Security officials says more than 11,000 people entered the country since Hungary fenced off its border with Serbia earlier this week.

Some migrants are also planning to walk to neighbouring Slovenia which is in the European Union’s (EU) border-free Schengen area.

Huge numbers of people heading north from the Mediterranean have created a political crisis in the EU.

The crossing on the main road linking Belgrade and Zagreb at Bajakovo, appeared to be the only one left open.