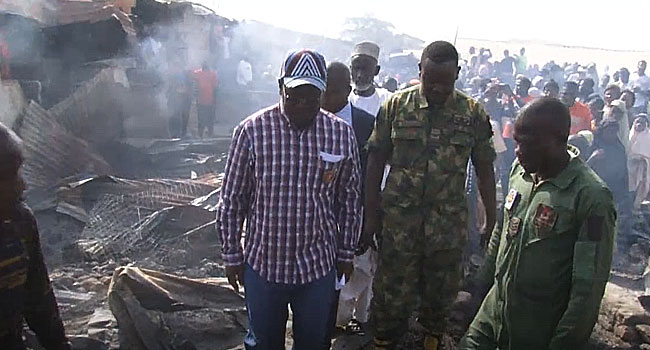 Goods worth millions of Naira have been destroyed in a fire accident that occurred in a market in Benue State.

The incident occurred in Wadata market located in Makurdi Local Government Area of the state, around 1:00 am on Wednesday.

When Channels Television visited the scene, officers from the Nigerian Air force had successfully contained the fire.

However, property and goods had been destroyed and traders were seen lamenting over their loss.

The State Governor, Samuel Ortom, later on, visited the scene of the incident to assess the situation.

Thereafter, he donated the sum of N30 million to victims, while calling for a detailed investigation to determine the cause of the fire, as well as the level of damage done.