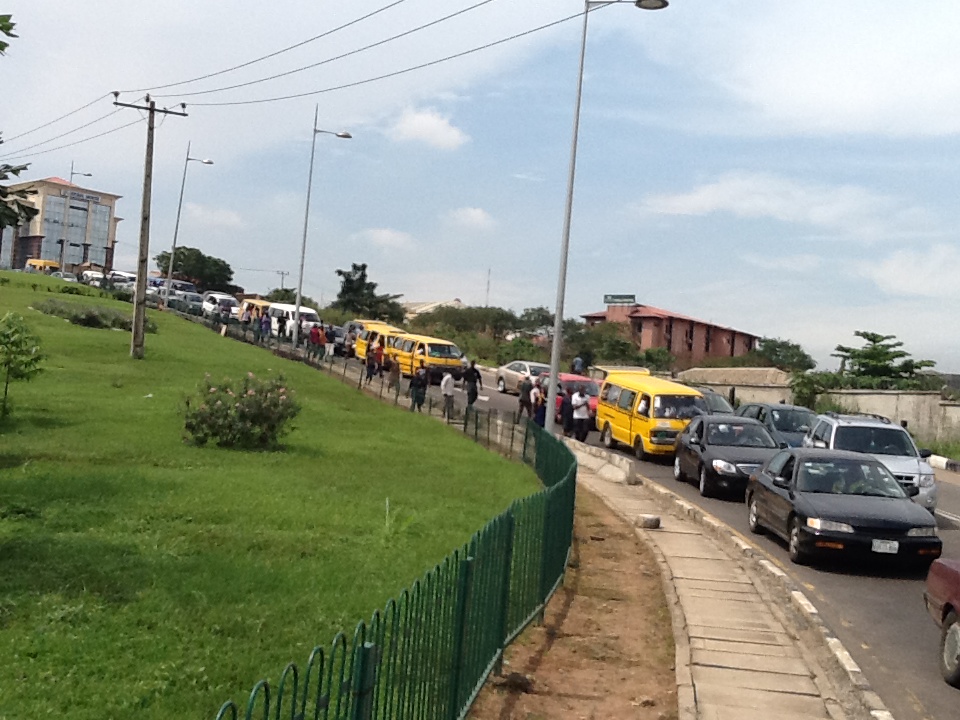 Thousands of passengers and motorist plying the Lagos-Ibadan expressway were on Friday stranded for several hours as a tanker carrying petroleum product fell on one part of the road.

The tanker which was laden with Premium Motor Spirit (PMS) was reportedly travelling from Lagos towards Ibadan at about 11:30pm on Thursday when it accidentally stumbled and fell blocking the expressway.

Motorist travelling out of Lagos were redirected to a single lane by officials of the Federal Road Safety Corps (FRSC), Lagos State Traffic Management Authority (LASTMA), the Ogun State Traffic Compliance and Enforcement Corps, and the police.

An official of the FRSC, who spoke with Channels Television, said a bad portion of the road around the Berger bus stop was the cause of the accident.

Point towards a pothole on the road, the FRSC official said: “There is a pothole there, maybe the driver enter it and couldn’t control and then rammed into the wall that partitioned the road.”

He said security operatives were around to chase anyone that would attempt to scoop fuel from the fallen tanker.

Channels Television correspondence at the scene of the accident reported that most passengers spent hours trekking from the old toll gate to Berger bus stop.