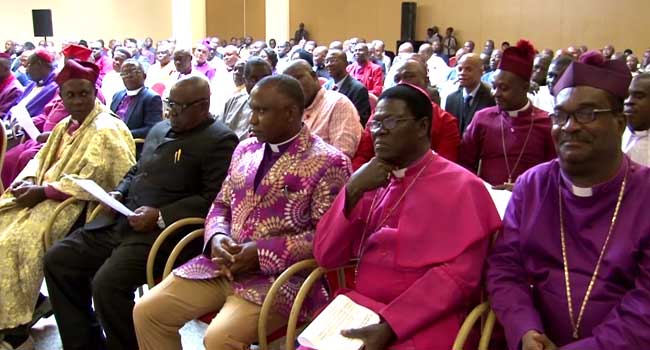 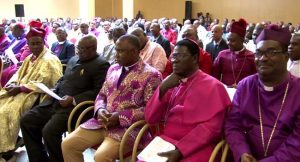 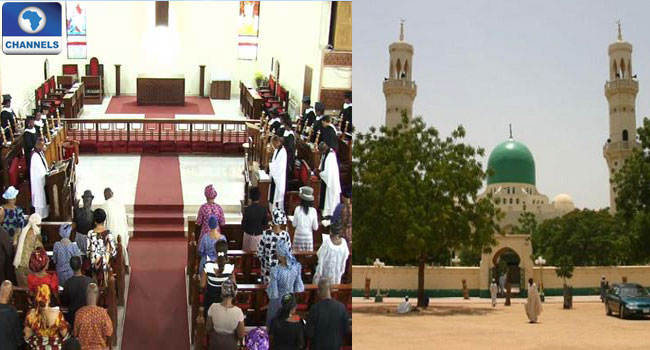 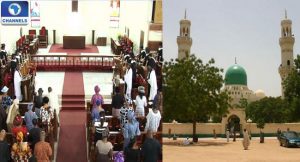 Catholic Bishops in Nigeria have called on Christians and Muslims in the nation to respect the rights of citizens to practice their faith in any part of the country without any fear of molestation.

The Bishops of Kaduna and Awka Dicocese made the plea at the centenary celebration of Catholic Arch-Diocese of Kaduna in North-west Nigeria.

While noting that religion should not be seen as a point of friction among people of different faith, the clergymen pointed out that nations all over the world could only make any meaningful progress when the citizens live in peace and harmony.

They specifically frowned at a situation where Churches and Christians were being discriminated against by the government and institutions in some parts of northern Nigeria.

The clergies also appealed to President Muhammadu Buhari to ensure that the rights and privileges of every Nigerian were protected irrespective of religious or ethnic background.

Bishop Jonas Okoye of Awka Diocese said: “It is really unfortunate and it is not what God expect from us, humans. People could have various callings in life and various faith based. I have travelled practically all over the world, religion is not supposed to be a point of friction.

“It is about people’s conviction. You cannot coerce someone to worship the way you do. I want to see the Federal Government and President Muhammadu Buhari wade into this matter. He is a Muslim, I respect him a lot. I see in him a discipline of life. I want him to insist that people should respect people’s mode of worship in this country in line with the constitution”.

For the Bishop of Kaduna Arch Diocese, Mathew Ndagoso, the time has come for Christians to speak out.

“Well, I have always said that persecution has always been part of life in the church, for those who know history.

“There has never been a period where one part of the church has not been persecuted. Unfortunately, the proportion at which it is happening around the world today, not only in Nigeria but in the Middle East and the historic places where Christianity started is high.

“Back home here in Nigeria, the way Christians are treated in certain parts of this country is a matter of concern. Because our constitution is very clear that we are free to practice our religion in any part of the country. But here, especially in the north-west, there are places where even to get a land to build a place of worship you cannot get it. Sometimes people are forced to tell lies in order to get a land for something else, and then build a place of worship there. And very often, they will go and pull it down.

“I can tell you that there are places here especially in the north-west where you cannot get a Certificate of Occupancy given to the church since the colonial period,” he explained.

The Bishop of Kaduna Diocese further emphasised that was a matter that the government should address squarely, enforcing the laid down laws of the nation’s constitution.

“Our constitution provides freedom for every Nigerian to practice his or her religion anywhere, there is no reason why people in this part of the country cannot be allowed to practice their own religion,” he insisted.

He also said that sometimes the “unwritten law are such that even when you have the money to buy the land, they will demolish it. It is a matter of concern for us. We have been making this case and we cannot get tired of it. I have been saying it that a government’s responsibility is to ensure that every Nigerian feels free wherever he or she is”.