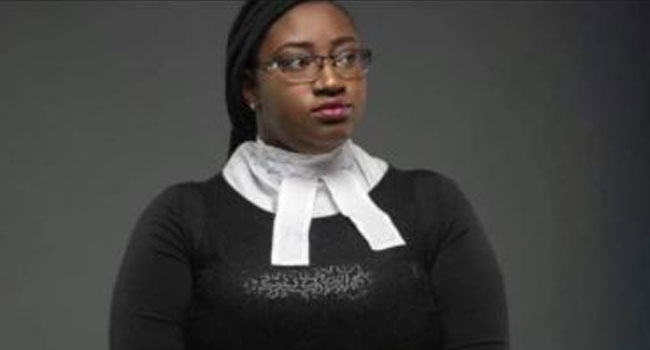 A female lawyer, Ms. Bisola Ajayi, has been kidnapped by gunmen at Rumuokurusi, Port Harcourt, Rivers.

The 25-year-old female lawyer was intercepted on Saturday along Woji street while trying to enter their apartment by the gunmen, who seized and dragged her into their vehicle.

A source from the family said the incident occurred between 8:30 pm to 9 pm.

The lawyer who graduated from the Faculty of Law, from the University of Lagos, UNILAG was reportedly taken away in a white Toyota Venza in Rumukurushi, Port Harcourt, Rivers State.

READ ALSO: Woman Kills Two Of Her Children In Kano It was gathered that the gunmen spotted military paraphernalia.

The gunmen are said to have followed Bisola to her house where she was kidnapped.

Confirming the incident, spokesman of the police command in Rivers State, SP Nnamdi Omoni, assured that the command has put in machinery for her speedy rescue from her abductors.

Her abduction is said to have sent shivers down the spine of many residents in the area as this is coming at a time when the youths of the country are trying to deal with the menace of SARS officials and other ills bedeviling the society.

Persons who have ‪information on her whereabouts are asked to call 08114490934.