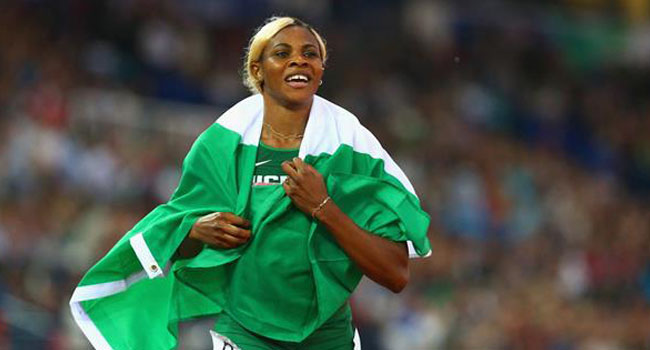 Blessing Okagbare’s vast experience and remarkable performances is expected to inspire Team Nigeria’s track and field athletes when they start competing at the Tokyo Olympics on Friday, July 30th.

Favour Ofili and Ruth Usoro, both US-based collegiate athletes, who came into the Nigerian Olympics radar late in the qualifiers have completed two of the three mandatory out of competition tests, OCT, required and are awaiting final clearance.

READ ALSO: Fans Urged To Stay Away From Olympic Marathon Over COVID-19 Fears

Ten Nigerian athletes – most of whom are alternates who have not fulfilled the three mandatory OCT tests required – are in the process of taking their tests.

They must take the final tests one day before the competition. The process to get them tested has since been activated by the Athletics Federation of Nigeria (AFN).

The athletics team has moved into the Olympic Village from their training camp in Kizarazu and will be in action from day one of the competition with Okagbare leading Grace Nwokocha in the women’s 100m heats.

The mixed relay team will also be in action as the team strives to return to the podium 13 years after it last did at the Games of the XXIX Olympiad held in Beijing, China in 2008.