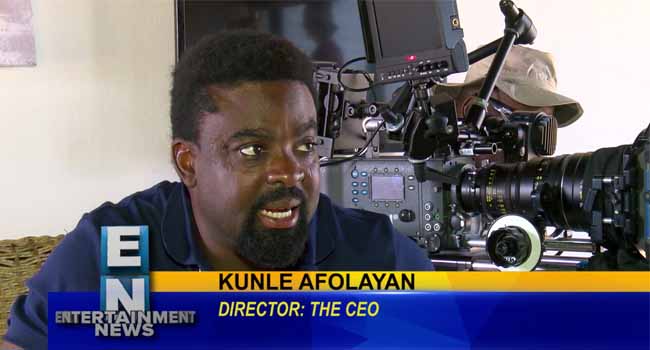 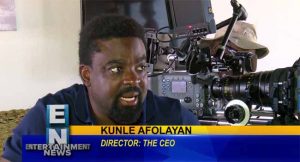 A-listers such as Kunle Afolayan in the Nigerian film industry, popularly called Nollywood, have continued to break new grounds within international circles.

The industry seems slowly but surely attaining new heights, as directors appear to have flipped the scripts and begun to churn out rich content as well as captivating plots that leave viewers spellbound.

Among other successes this year, Nollywood’s Kunle Afolayan, premiered his movie the CEO, aboard a Paris bound flight from Lagos.

These feats among many others, have caused optimistic Nollywood followers to suggest that the industry is almost at par with Hollywood.

However, Director Seyi Babatope, quickly punctures that bubble as he holds the opinion that the menace of piracy has made it a bit difficult to lure huge investments into film making.

Kunle Afolayan, who on his own had led street protests against bootleggers, hinted Channels Television on what it was like to be a Nollywood filmmaker.

Although the entertainment industry has been identified by the government as a potential source of revenue, some have said the government was not doing enough to support the industry.

Actress turned director, Stephanie Linus, whose movie ‘Dry’, also received international attention, is one of those who believe the government is not doing enough for the industry.

Pascal Atuma, who operates as an independent filmmaker in America where he directed Nollywood budget movies, such as his latest films ‘LAPD African Cops’ and ‘Blood Lines’ shot in the US, recorded impressive box office figures in Nigeria.

He explained some of the roles the American government played within the entertainment industry and asked that such should be replicated in Nigeria.

Producer and director, Kingsley Ogoro, who made the blockbuster ‘Osofia in London’, way back in 2015, believes that the biggest challenge the industry faces is the idea that the quality of Nollywood films are inferior.

Ogoro explained that he got paid double his initial fee, showing that industry practitioners have been heavily underrated.

Although Nollywood is still plagued by drawbacks like piracy and lack of government support, it continues to grow organically and continues to command the attention of the entire world.