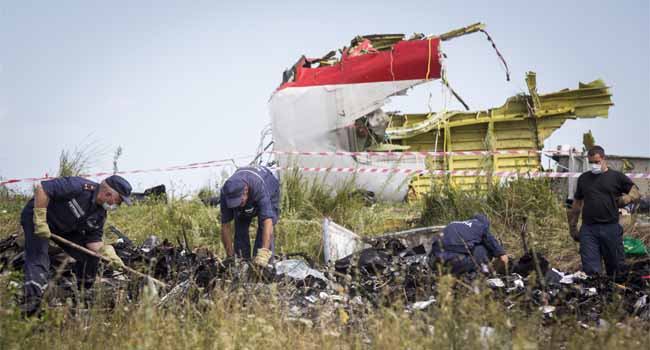 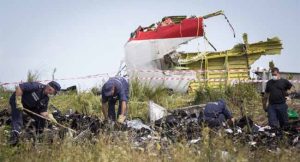 A Dutch-led team of prosecutors that looked into the downing of flight MH17 over eastern Ukraine in 2014, has released its findings, saying the missile came from Russia.

The international team, which gathered evidence for a possible criminal trial, release the report on Wednesday.

The report said the missile was fired from territories controlled by Russian-backed rebels.

An earlier inquiry by the Dutch Safety Board concluded that a Russian-made Buk missile hit the plane, without saying who fired it.

The Boeing 777 broke apart mid-air, while flying from Amsterdam to Kuala Lumpur, killing all 298 people aboard.

Prosecutors from Australia, Belgium, Malaysia and Ukraine are also part of the Joint Investigation Team, (JIT).

Earlier this week, Russia produced radar images which, it argued, showed that the plane could not have come from rebel-held areas.

Critics have also pointed out that Russian officials have given three versions of events since the plane was shot down.

A source in the prosecutor’s office told the BBC that they would pinpoint the launch site and identify the weapon.

“If they confirm what we already think we know, that a Buk missile was launched from inside territory, controlled by the Russia-backed separatists, it will be difficult to deny their involvement.”

Many of the families have, however, expressed their frustration over the fact that after two years, the investigators still can’t tell them who was responsible and why.

According to the BBC, Hans de Borst, whose 17-year-old daughter Elsemiek, was on board, says he’s “not expecting miracles”.

Meanwhile, Barry Sweeney, who lost his 28-year-old son Liam, said all he wants to know is, “why?”. 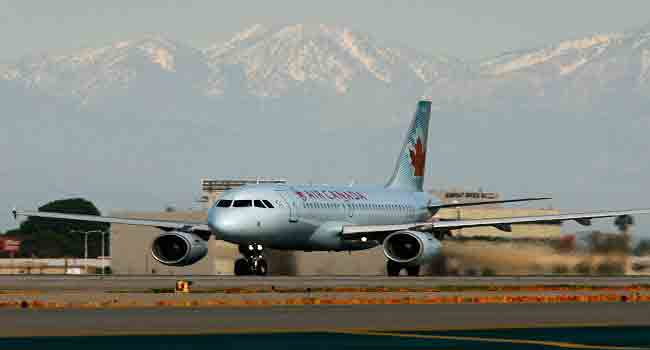 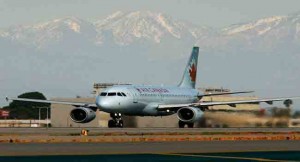 At least 21 people have been sent to the hospital after a Canada-bound airline experienced severe turbulence.

The Air Canada flight from Shanghai to Toronto was diverted to Calgary for an emergency landing after the incident.

Eight passengers suffered neck and back injuries, as hospital officials say all the victims are in stable condition.

Some of the passengers narrated their experience.

The Boeing 777 with 332 passengers and 19 crew members landed at Calgary without further incident. 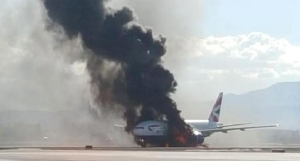 A British Airways plane caught fire on Tuesday as it was preparing to take off from Las Vegas, forcing the evacuation of 172 people on board on emergency slides.

“There were 159 passengers and 13 crew on the flight,” McCarran International Airport in Las Vegas said.

It added that seven people on board were treated for minor injuries.

US Federal Aviation Administration spokesman, Ian Gregor, said the fire broke out in the left engine of the 257-seat Boeing 777 shortly after 4:00 pm and the crew immediately aborted take off and ordered an evacuation.

“Passengers deplaned on the runway using emergency slides and (were) bused to the terminal.

“The aircraft, a 777-200 experienced a technical issue as it was preparing for take off from McCarran International Airport in Las Vegas” heading for London, ,Gregor said.

British Airways, which said there were two fewer passengers on board, also described the cause of the fire as being due to a “technical issue.”

“Our crew evacuated the aircraft safely and the fire was quickly extinguished by the emergency services at the airport. A small number of customers and our crew have been taken to hospital as a precaution,” company statement said. 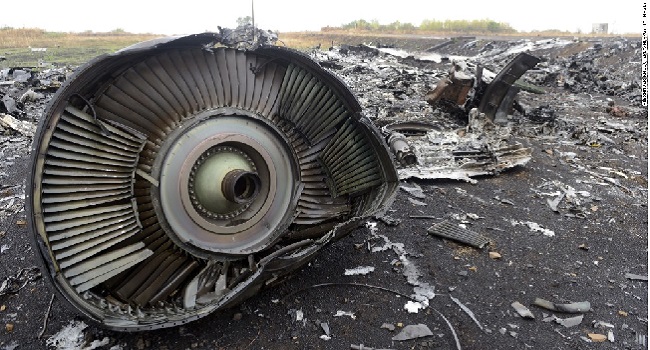 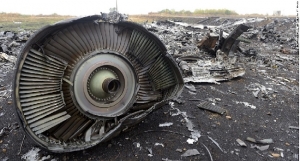 Investigators in the Netherlands have said that fragments of a suspected Russian missile system have been found at the Flight MH17 crash site in Ukraine.

They said the parts, possibly from a Buk surface-to-air system, are “of particular interest” and could help show who was behind the crash.

But the prosecutors warned that no conclusion could yet be drawn that the discovered parts have a causal connection to the MH17 crash.

Disputes over who is responsible for the disaster have helped to sour relations between Moscow and the West.

Several Western nations and the Ukrainian government have accused pro-Russian separatists operating in the region of shooting down the plane with a missile.

Rebel leaders and the Russian government have repeatedly disputed those allegations and have suggested instead that Ukrainian forces shot the plane down with either a surface-to-air missile or one of their own fighter jets.

The Boeing 777 was heading from Amsterdam to Malaysia when it was shot down on July 17, 2014, over Ukrainian territory controlled by pro-Russian separatists.

MH17 crashed on land held by Russian-backed rebels in July 2014, killing all 298 on board.

It had 283 passengers on board, including 80 children and 15 crew members.

About two-thirds of those who died were Dutch nationals, with dozens of Malaysians and Australians among the rest.