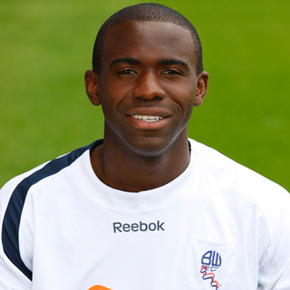 A student who mocked footballer Fabrice Muamba on Twitter after the Bolton Wanderers midfielder collapsed during a match was jailed on Tuesday for inciting racial hatred.

Liam Stacey, 21, provoked revulsion with comments made while the Bolton Wanderers star still lay on the pitch.

The 23-year-old midfielder was left fighting for his life after suffering a cardiac arrest during an FA Cup tie against Tottenham Hotspur on March 17.

Fans in the stadium and those viewing on live television watched in horror as Muamba fell to the ground during the quarter-final clash that was abandoned.

Police were inundated with complaints as members of the public, former soccer player Stan Collymore among them, reported the student’s comments.

Stacey, a Swansea University third-year biology undergraduate, was quickly tracked down and arrested.

Last week he admitted inciting racial hatred when he appeared at Swansea Magistrates’ Court and on Tuesday he was jailed for 56 days at the same court, the Press Association reported.

The first of Stacey’s messages began with “LOL (laugh out loud) and said Muamba had died.

Several people took him to task for his views and he responded with a string of offensive comments aimed at other Twitter users.

Muamba remains in intensive care in hospital where his condition is described as serious but stable.

Stacey broke down as he was taken away in handcuffs to a holding cell beneath the court.

District Judge John Charles told him: “In my view there is no alternative to an immediate prison sentence.”

The court heard that, when arrested, Stacey admitted his guilt and said he had been drunk at the time.

On the day in question, he had been out watching Wales’s rugby grand slam victory and had drunk up to eight pints of beer.

“On the night in question his comments were vile – he admits that,” Jones said.

Stacey has ambitions to become a forensic scientist.

That was now very unlikely, Jones said, and he would “pay dearly for the rest of his life” for what he had done.

The dates for this season’s FA Cup semi-final matches have been confirmed, with Liverpool set to avoid playing on the anniversary of the Hillsborough disaster.

The winner of the replay between Everton and Sunderland will play the Reds at Wembley on April 14, whilst Chelsea takes on either Tottenham or Bolton the following day at the same stadium.

A statement released on Tuesday on the Football Association’s official website confirmed the fixture dates, but did not specify a kick-off time.

The Reds booked their place among the last four with a 2-1 win over Stoke City at Anfield on Sunday, but Kenny Dalglish’s men will have to wait a little longer to see whether a Mersyside derby is on the cards after Everton’s 1-1 draw with Sunderland.

Tim Cahill’s header cancelled out Phil Bardsley’s opener to leave the sides needing a replay at the Stadium of Light to decide who will take to the field at Wembley next month.

Chelsea – who saw off Championship side Leicester City 5-2 over the weekend – will play the winner of Tottenham and Bolton, after their match was abandoned shortly before the interval after Trotters’ midfielder Fabrice Muamba collapsed on the pitch.

The winners of the respective semi-finals will meet in the showpiece final on Saturday May 5. 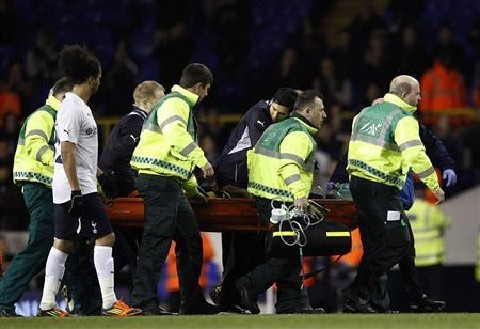 Fabrice Muamba is showing “small signs of improvement” after suffering a cardiac arrest during Bolton Wanderers’ FA Cup quarter-final at Tottenham Hotspur on Saturday, the hospital said in a statement on Monday.

The 23-year-old Bolton midfielder remains critically ill in intensive care at the London Chest Hospital but his heart is now beating without the help of medication and he is also moving his arms and his legs.

The statement added that Muamba’s long-term prognosis remains unclear and he will continue to be closely monitored.

Muamba collapsed on the White Hart Lane pitch where he was given CPR (cardiopulmonary resuscitation) before being taken to hospital.

Supporters from both clubs sang Muamba’s name when it became clear his condition was serious while players from both teams gathered round in shock.

Support for Muamba has poured in from across the globe. 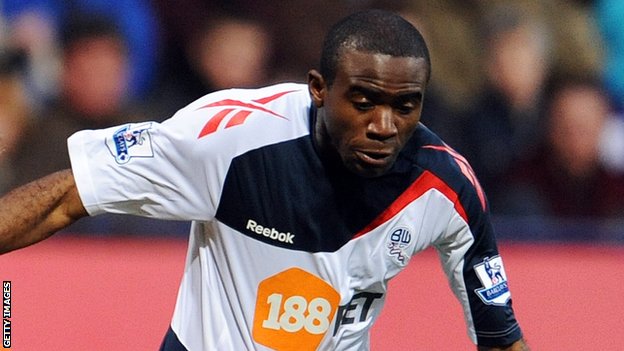