Few hours after four people were killed in a suicide attack on a mosque in Bama Local Government Area of Borno State, the state government has announced a dusk-to-dawn curfew in the area.

Chairman Bama Local Government, Ba’shehu Gulumba told Channels Television that a dusk till dawn curfew has been imposed while other measures are being put in place to ensure safety of returnees.

He explained that the attack would however not deter relocation of displaced persons.

Sunday morning’s attack on Bama is the first since liberation of the community from boko haram in 2015.

The attack followed the successful return and settling of 4,500 households who were formerly displaced by Boko Haram insurgency.

The Chairman of the Borno State Emergency Management Agency, Yabawa Kolo also confirmed to Channels Television that the victims of attack are part of the first batch of returnees.

Following the gradual return of normalcy to restive north-eastern Nigeria, the Borno State government has enrolled 517 children of displaced Fulani herdsmen in school.

The gesture covers children of the herdsmen who are reportedly victims of suspected Boko Haram cattle rustling that were forced to flee their abode to Maiduguri, the state capital for safety.

15-year-old Halima Hassan is one of the 517 beneficiaries of the Borno state Fulani/Bororo scholarship scheme.

“Before now I was not in school, I was just sitting at home doing nothing. Then Baba Kashim came and put me in school,” she said on Thursday.

“He bought everything for me; he bought me uniforms, books and everything I need for school. He gave us a car to take us to school and back home; they even give us food twice in school. I would like to be a doctor when I finish school.”

He said, “May Allah cause other governors to hear and learn from what Borno state governor has done.”

Borno has been in one of the states largely affected by the Boko Haram insurgency that began in 2009 when their leader, Mohammed Yusuf believed to have died in police detention.

The outlawed sect, however, carried out a deadline assault that grew global outcry following the abduction of over 200 pupils of Chibok Girls Secondary School in Chibok, a largely dominated Christian community in the state. 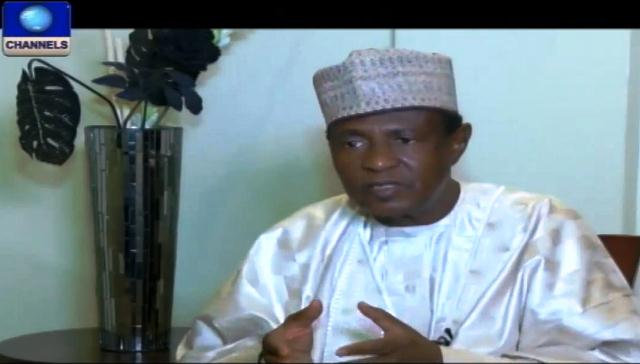 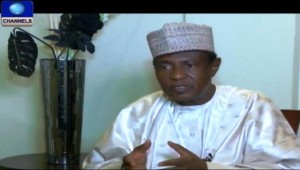 Nigeria has been going through turbulent times with the state of insecurity in the country, heightened by the abduction of over 200 girls by terrorists in Chibok, Borno State.

The controversies surrounding the incident has put the Borno State Government, led by Governor Kashim Shetima, in the eye of the storm, with several accusations, claims and conspiracy theories.

Secretary to the Borno State Government, Ambassador Baba Ahmad Jidda, is the guest on this edition of ‘View From The Top’.

He speaks on the situation in the North-Eastern state, from the perspective of the State Government.