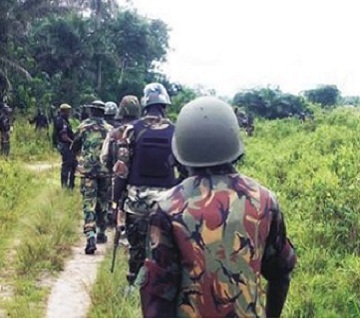 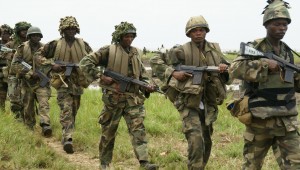 The Nigerian Defence headquarters on Monday clarified issues concerning Nigerian troops who found themselves in Cameroon during fierce battle with terrorists.

Cameroon’s Army spokesman, Lt Col Didier Badjek, is reported to have said that the soldiers had been disarmed and were now being accommodated in schools.

The Nigerian soldiers are currently in the Cameroonian town of Maroua, about 80km (50 miles) from the Nigerian border, Lt Col Badjek told the BBC.

“Eventually they found themselves on Cameroonian soil.  Being allies the normal protocol of managing such incident demanded that the troops submit their weapons in order to assure the friendly country that they were not on a hostile mission.

“Following necessary discussions between Nigerian and Cameroonian military authorities, the issues have been sorted out.  Subsequently, the troops are on their way back to join their unit in Nigeria”.

The Defence headquarters further stressed that the reference to the incidence as a defection was not appropriate considering the discussion between the two countries’ military leadership and the series of contacts with the soldiers who had confirmed that they were safe.

“Meanwhile, troops are repelling a group of terrorists who are trying to enter the country through Gamborou Ngala.  A group of them who fizzled into the town are being pursued,”  the Defence headquarters said.