A bomb blast at the entrance of the police headquarters of Borno state has killed a number of people mostly police, witnesses said.

A suspected suicide bomber who could not pass the gate of the police headquarters detonated the explosives in his car, killing, yet to be confirmed number of people.

The explosion shattered windows at the police headquarters building along the Damaturu road, opposite Government Secondary school.

Several vehicles within the police headquarters building and outside were damaged.

“Many people, mostly members of the police which include men and women were killed in the explosion,” an eyewitness Ali Alhaji told Reuters.

A police officer at the scene, who could not be named, also confirmed the bomb blast, saying five police vans had been loaded with dead bodies.

This attack on the police is coming less than 24 hours after the Inspector General of Police, Mohammed Abubakar decried the increasing killings of security operatives, particularly, police officers in the country. The police boss expressed his worry over the killings and disclosed that policies have been put in place to reposition the force towards combating all forms of crimes and criminality.

Earlier in the day, the commander of the Joint Task force (JTF),  Victor Ebhaleme, confirmed that another suspected suicide bomber was killed by the Improvised Explosive Device (IED) he was trying to plant at Gidan Dambe area of the city at about 6:00am.

Mr. Ebhaleme said that when his officers  arrived the Gidan Dambe explosion scene, “they found a man we believe to be a member of Boko Haram, dismembered by the explosion.”

He added that preliminary investigation has shown that he was killed when he was trying to plant the device.

The explosion damaged several cars and buildings around the offices of Mansur Motors around Gida Ganje.

Borno state has been the focal point of the insurgency by fundamentalist sect Boko Haram which has staged several attacks against police stations, prisons and a number of government institutions across states in northern Nigeria. 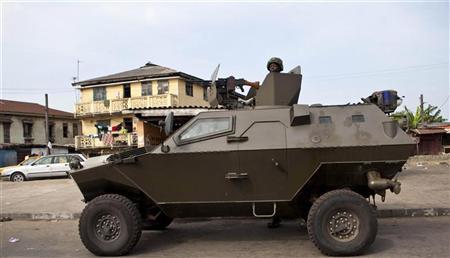 “Some suspected Boko Haram terrorists attempted to open fire on (security) operatives but could not succeed. We have so far shot dead 16 of the terrorists during a shoot-out,” field operations officer for the state, Colonel Victor Ebhaleme, told Reuters news agency.

He also confirmed that the JTF officers had seized weapons and ammunition from the suspects and destroyed some of their home-made bombs in controlled explosions.

“We were able to achieve this feat based on information from the public,” he said. “There were no casualties on our side”.

The sect claimed responsibility for a suicide car bombing of a Church in Bauchi state on Sunday, which killed at least 12 people, continuing a growing pattern of attacks on Christian worshippers.

Several attempts to end the sect’s insurgency militarily have failed. Although officials say they have been weakened in recent months by the killing and arrest of some senior commanders, they remain capable of lethal attacks.

Meanwhile, gunmen shot dead a retired police officer, his driver and two aides in the city of Kano on Tuesday.

There was another attack in Nigeria’s northeast town of Maiduguri, the Borno state capital as suspected members of Boko Haram sect shot dead three people at a wedding ceremony while four others including two soldiers were injured

Spokesperson of the Joint Task Force (JTF) in Maiduguri, Lieutenant Colonel Sagir Musa, said the sect members fired shots sporadically when they sensed that the wedding venue was under surveillance

The sect members on realising that the JTF were on surveillance, opened fire sporadically, leading to the death of three persons. 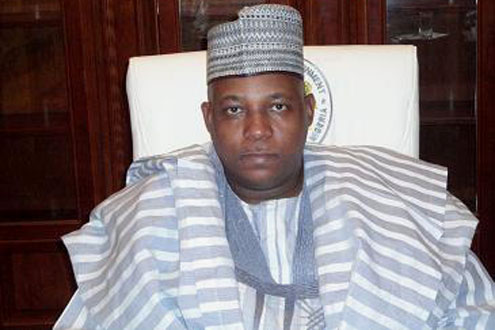 The governor of Borno state, Kashim Shettima, has blamed past administrations for neglecting the north east geo-political zone over years, and this he claim has led to the Boko Haram insurgence.

He lamented the poor attention given to the region and urged the federal government to come up with a road-map for development of the region.

The governor made this known while addressing a security summit on terrorism and other related crimes in Abuja on Tuesday, and he noted that  job creation for youths must be taken seriously to stem the tide of crimes.

He called on government officials and the political elite to shun acts of enriching themselves alone and take affirmative steps towards empowering and improving the living conditions of the poor as a panacea to checkmating growing insecurity in the country.

Government officials, security experts and diplomats were also at the gathering to discuss how to resolve the security problem that has bedeviled the country.

A lawyer and public analyst Professor Akin Oyebode expressed reservations about the recently passed Anti-terrorism Act of 2011 but argued on the stiffness of the punishment tied to the offenses.

Security experts call for a new approach in fighting terrorism, urging the government to do away with the use of force.

They called for the use of  intelligence based approach, training of forensics experts and major improvement in the use of high tech equipment. 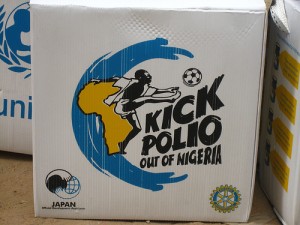 The federal government has assured residents of Borno state that it is committed to maintaining peace and well-being of the entire society.

At the launch of the national polio free torch campaign in the Borno state capital, Maiduguri, the Minister of state for health, Dr. Muhammad Pate said the inauguration of the presidential taskforce on polio eradication is a sign that President Goodluck Jonathan is committed to reducing the disease before the end of his mandate in 2015 as pledged.

According to the minister who doubles as the chairman of the taskforce, the team is mandated by the president to place the eradication of polio in the country on fast track as well as ensure an upshot of the nation’s health indices particularly on the primary health care system.

The state governor, Alhaji Kashim Shettima expressed optimism that polio would be completely wiped out of the country in the nearest future.

The governor donated a Toyota Hiace bus to the association of polio victims in the state and a sum of N1 million to a local government immunization officer, Hajiya Ramatu Sani for her personal resources to keep the campaign going.

Authorities say suspected members of a radical Islamist sect have shot and killed an Islamic cleric and another man, while also planting a bomb at a local primary school in northeast Nigeria.

The military said the bomb detonated early Friday morning before pupils arrived at the school in Maiduguri, the spiritual home of the sect known as Boko Haram. No one was wounded in the blast.

Borno state police spokesman Samuel Tizhie said the cleric and a shoe cobbler died in the city in a Thursday night shooting blamed on the sect.

Boko Haram has been targeting government institutions, police and military formations in the country but lately turned their attention to conventional schools, an institution it condemns and terms a sacrilege.

The Speaker of the Borno State House of Assembly, Goni Ali Modu was on Thursday impeached.

The 22 member state parliament said the move was because the Speaker was too subservient to the governor of the state, Kashim Shettima and that he made himself inaccessible to other members of the House.

They added that gunmen attacked a military vehicle on Sunday afternoon in Maiduguri, the capital of Borno state.

According to the Borno State police commissioner, Mr. Simeon Midenda another attack on a tea shop on Saturday night in Biu in Borno state killed three people.

At least 52 people have been killed in recent days by Boko Haram.

The Court of Appeal sitting in Abuja has ordered a fresh trial of the petition filed by the candidate of the Peoples’ Democratic Party in the Borno state governorship poll, Mohammed Goni, against the election of Governor Kashim Shettima of the All Nigeria Peoples Party.

The court also ordered that the suit be heard by a fresh panel of the Borno state governorship election petition tribunal.

The panel of the appellate court gave the order in its judgment in the appeal brought by the PDP and Goni against the judgment of the Borno state governorship election petition tribunal affirmed Ahettima’s election.

The ANPP is to appeal the judgment.