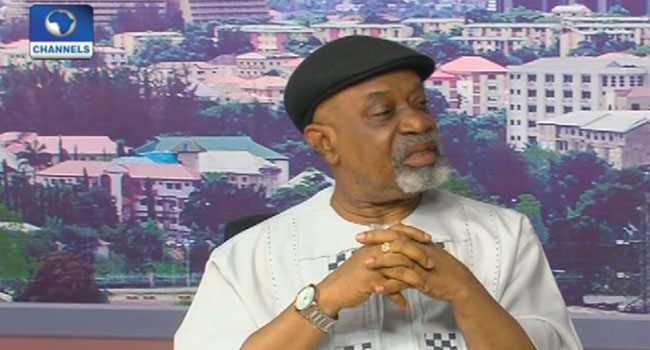 The Minister of Labour and Employment, Mr Chris Ngige has said that he is not bothered about the decision of medical doctors who choose to leave Nigeria to practice outside the country.

Ngige who was a guest on Channels TV Sunrise Daily said the practice is not alien to Nigeria, because he was taught by Indians in secondary school.

“I’m Not Worried, We Have Surplus (Doctors), if we have a surplus, we export. I was taught Biology and Chemistry by Indian teachers in my secondary school days.

“They are surplus in their country. We have a surplus in the medical profession in our country. I can tell you this. It is my area, we have excess. We have enough, more than enough, quote me.”

Ngige, when asked if nothing was wrong, owing to his position as a qualified medical doctor, said there was nothing wrong in their choice to practise overseas, at the detriment of Nigeria’s health sector.

“There is nothing wrong, they go out to sharpen their skills, earn money and send them back home here. Yes, we have foreign exchange earnings from them, not from oil.”

The minister said the move does not amount to brain drain when asked.

“Those guys go there, they are better trained because of the facilities they have there. Eventually, I know a couple of them who practise abroad but set up medical centres back home. They have CAT scan, MRI scan which even the government hospitals cannot maintain. So, I don’t see any loss. 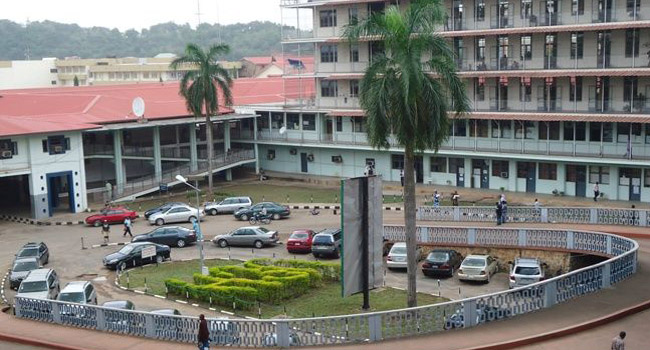 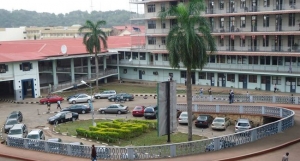 Neurosurgeons are calling on government at all levels to do all possible to subsidize the cost of care to improve access for a larger percentage of the people and invest more in capacity building to reduce brain drain and medical tourism.

Neuroscientists at the University College Hospital, Ibadan, made this call after the successful completion of one of the most complex brain surgeries ever handled by the hospital since it became a centre of excellence for neuroscience in Nigeria.

The surgery was performed on a 31 year old man who was diagnosed for a special kind aneurysm.

The road to the theatre began with intense headache and vision impairment for the young man who had sought series of treatment before approaching UCH where a computerized scan popularly known as CT Scan showed the anomaly in his brain.

One of the aortic valves busted and was seeping blood into the brain. This problem, according to the lead surgeon, Prof. Adeleye, could only be fixed by a complex surgical procedure as he had lost the use of one eye already before the diagnosis.

After about three hours of intense surgery, the bleeding organ was clipped and all functions restored. Just 30 minutes after the surgery, the patient was talking.

The Chief Medical Director, UCH Prof. Temitope Alonge, told Channels TV exclusively that the hospital had done nearly 30 serious cases of brain surgery since the equipment were procured but added that more public private initiatives must be encouraged to improve efficiency in the health sector.

He disclosed that sophisticated procedures like awake craniotomy are successfully done in the hospital but medical tourism for such specialised care can only be defeated if government at all levels involve the private sector.

The advancement in neuroscience must be progressive with well funded sustainable programmes to create a platform for efficiency and better access to specialised care across the country, he said.

Conservative estimate of a complex brain surgery is put at about one million naira and this is beyond the financial capabilities of an average Nigerian.

This means that if some form of subsidy is not urgently provided by all concerned, many Nigerians may continue to die needlessly from severe headaches.