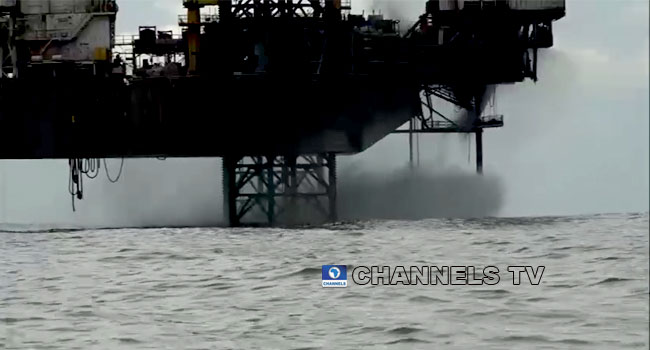 The residents of Sangana community in Brass Local Government Area of Bayelsa State have protested over a gas leakage from a Conoil drilling rig.

According to the residents, the gas emission has led to the pollution of their rivers and damaged aquatic life.

The leader of the community, Uroh Omiekumo Kiani while addressing journalists on Friday said the youths had to shut down the operation of the oil company in protest.

“We are helpless. We want the government to save the people of Sagana Kingdom. Many people had to flee the community from fear of the effect of the pollution. We cannot go fishing anymore,” Kaina lamented. They, therefore, called on the oil company, the state, and Federal Government to come to their aid and demand for supply of health materials to ease the effect of the gas leakage and water pollution on the residents.

Sangana is a densely populated riverine oil-producing community in which the major occupation of the residents is fishing.