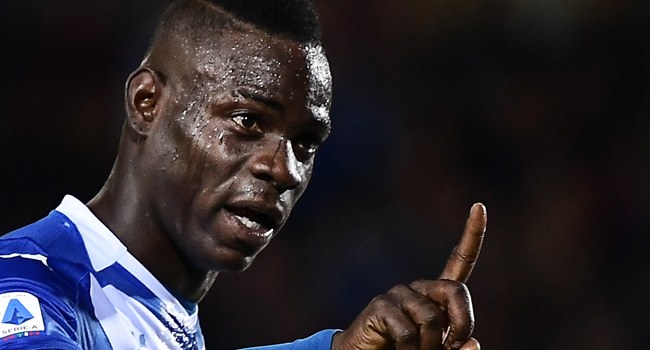 Mario Balotelli’s ill-fated stint at hometown club Brescia appears to be coming to an end, with local media reporting Saturday his contract will be terminated after repeated absences from training.

A letter notifying Balotelli of his release was sent to the Italy international by the club’s lawyers on Friday, according to Sky Sport, Gazzetta dello Sport and the AGI news agency.

Balotelli has reportedly missed a number of sessions since Serie A teams returned to training at the start of May. Players initially worked out individually before clearance was given for them to resume team training.

The 29-year-old said this week he had been sick and would send the club medical certificates as proof.

Brescia coach Diego Lopez said on Friday he was “disappointed” with the forward’s attitude.

“Mario is training separately because his team-mates have done work that he hasn’t,” Lopez told Corriere della Sera.

“The (individual) training sessions were optional, okay. But the group took one road and he took another. On Zoom, during the quarantine, we didn’t see him. Even if he says he feels good, he’s not at the level of his team-mates.”

Last month, Brescia president said Balotelli’s “mind is no longer” with the club, who were bottom of the table and nine points from safety when the season was halted due to the coronavirus pandemic in March.

“I love him and I was hoping that the air of home and the desire to get back into the national team would do him good. We are all disappointed,” said Massimo Cellino.

Balotelli, who has 36 caps for Italy, joined Brescia last summer but has scored just five times in 19 matches for the club. 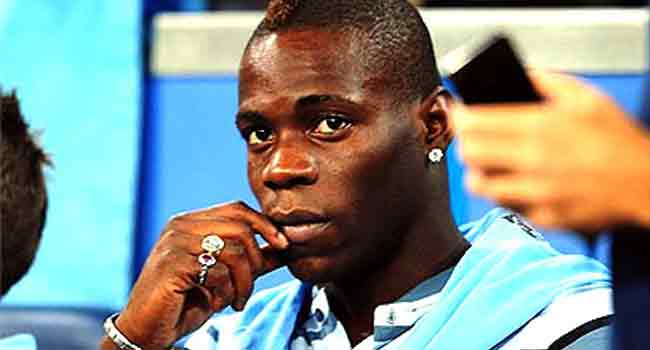 Mario Balotelli said on Monday he had “thought of nothing else” after receiving an offer from Brescia, the club in the city where he grew up.

“I chose Brescia because when their offer came in, I didn’t think about anything else,” the much-travelled striker said at his presentation press conference. “Here, I have everything I need, because it’s the team of my city.”

Balotelli was born in Palermo but grew up in Brescia, in northern Italy, where he owns an apartment.

The club were promoted to Serie A this year, after being relegated in 2011.

“I have spent more years abroad than in Italy,” said Balotelli who was without a club after his brief contract with Marseille ran out at the end of last season. “My mother cried when she heard that I was coming back to Brescia, she was very happy.”

“And my father dreamed of seeing me play at home.”

“I have no fear. The objective is to make this team progress, by giving the team what I can give it. I think you’re the one who’s most afraid,” the striker also said.

“Absolutely, yes,” he said, adding that Italy coach Roberto Mancini had sent him a message of congratulations.

Balotelli has been the victim of racism from fans in Italy.

“I hope from my heart to find a different league and not experience new episodes of racism,” he said.

Balotelli, who has to complete a four-game suspension for a red card while playing for  Marseille, cannot make his debut until the fifth round of Serie A on September 25 when Brescia host champions Juventus.

Balotelli made his debut in local team Lumezzane in Serie C as a 16-year-old, before moving to Serie A giants Inter Milan in 2007. He later had two spells at AC Milan and also played for Manchester City, Liverpool and Nice.

Sky Sports Italia reported Balotelli has signed a three-year deal worth three million euros ($3.3 million) for the first year, plus a further three million if the club remains in Serie A.

In the following two years he will receive six million euros per season if Brescia remain in Serie A, Sky reported.

Mario Balotelli is poised for a return to Italy with newly-promoted home town team  Brescia, according to multiple reports on Wednesday.

Balotelli, who was born in Sicily but adopted and raised just outside the northern city, is set to sign a three-year deal with the Serie B champions after being released by Marseille in June, Gazzetta Della Sport and Sky Sport Italia reported.

Gazzetta said the deal was worth roughly of three million euros ($3.3 million) including bonuses a season to the Italian international.

The 29-year-old has reportedly rejected a move to Brazilian club Flamengo as he pushes for a place in the national team as Euro 2020 approaches.

Balotelli, who has 36 caps for Italy, has not featured on the international stage since last September as Italy coach Roberto Mancini said he was not playing at a high enough standard.

Brescia have been promoted back to the top flight for the first time since being relegated in 2011.

Balotelli last played in Serie A with AC Milan on loan from Liverpool in the 2015-2016 season.

It was his second spell at AC Milan after 2013-2014. He was part of the Inter Milan side coached by Jose Mourinho that won the Serie A, Coppa Italia and Champions League treble in 2010.

He won three Serie A titles with Inter before switching to Manchester City and helping them claim the Premier League crown in 2012.