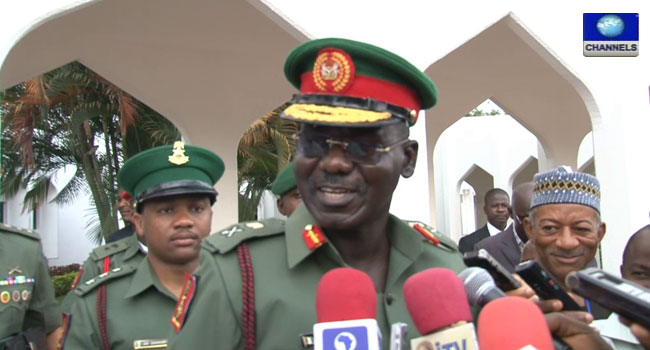 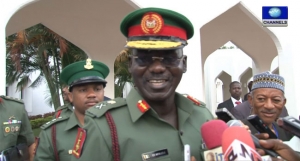 In a bid to stem the tide of crime and criminality in the Niger Delta region, the Nigerian Army says it is planting more military brigades across the country.

Speaking during the commissioning of a temporary accommodation for the newly created 16 Brigade in Yenagoa, the Chief of Army Staff, Lieutenant General Tukur Buratai, said the army is poised to tackle insecurity within the Niger Delta region.

General Buratai highlighted the reasons behind the setting up of the new brigade while appreciating Governor Seriake Dickson for support given to the Army in Bayelsa State.

In his response, Governor Dickson lauded the temporary office of the 16 Brigade and described it as the best in the federation.

He, however, appealed for more support from the Army authorities to the newly established brigade.

In his address, the Commander of the Brigade, Brigadier General Kelvin Aligbe, outlined the achievements they have made in the absence of a temporary site.

Pleased by the accolades received, the commander and officers of the 16 Brigade stated their commitment to protecting the citizens, waterways and national assets in Bayelsa State.