The Federal Government has told a British Court that it has uncovered previously unknown payments to the daughter of a Nigerian official in its latest attempt to overturn an arbitration award against it, worth close to $10 billion.

Process & Industrial Developments (P&ID), a firm set up to carry out a gas project in Nigeria, won a $6.6 billion arbitration award after the 2010 deal collapsed.

The award has been accruing interest since 2013 and is now worth nearly $10 billion but Nigeria is seeking permission in the English courts to appeal the award, granted in 2017, despite having missed the 28-day appeal deadline.

It says new information came to light only in late 2019.

In an online court hearing, the government’s lawyer said it has evidence of payments from companies related to P&ID to Vera Taiga, 11 days before the deal was signed.

Vera’s mother, Grace Taiga, was the chief lawyer for the Petroleum Ministry at the time.

It also says the payments came to light following a U.S. discovery order in New York.

The government also said P&ID officials and companies linked to it paid several other officials in relation to the deal.

The EFCC had charged Grace Taiga last year with accepting bribes and failing to follow protocol related to the contract.

She has pleaded not guilty and awaits trial. 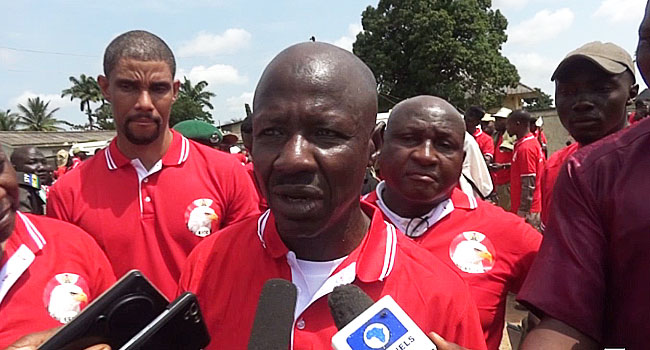 The Acting Chairman of the Economic Financial Crimes Commission (EFCC), Mr Ibrahim Magu, says the commission will expose and prosecute all those behind a contract whose alleged breach led to the $9.6billion British court judgment against Nigeria.

The court judgment is a fallout of the contract purportedly entered into in July 2010 between the Ministry of Petroleum Resources and the Process and Industrial Developments Ltd (P&ID).

But according to Mr Magu, the company was originally registered as a conduit pipe to siphon public funds.

He said this during an anti-corruption road walk organised by the Kaduna Zonal office of the EFCC on Friday.

The EFCC boss, however, stated that the commission has gone far in its investigation and will soon expose those behind the contract and the court judgement irrespective of whether they are serving in the present government or had served in the past administrations.

“They have adopted another measure… they want to rob this country. Otherwise, why should someone go from behind and connive with government officials and demand a judgement of $9.6 billion?

“Do you know how much that is? If we want to build a general hospital in every village in Nigeria, that money is enough.

“A very serious investigation is going on and very soon we will expose them all,” he said.

Others who joined the walk include officers of the Nigerian Security and Civil Defence Corps, Federal Road Safety Corps, National Drug Law Enforcement Agency and National Youth Service Corps, as part of efforts to foster inter-agency collaboration in the anti-corruption fight. 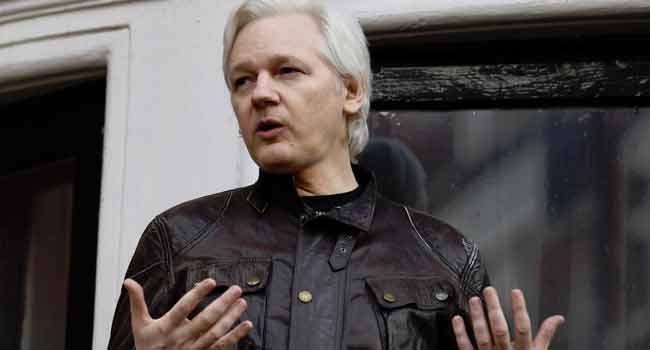 A London court on Thursday found WikiLeaks founder Julian Assange guilty of breaching his bail conditions in 2012 and remanded him into custody pending sentencing.

Assange faces up to 12 months in prison on the charge.

He will face another court hearing on May 2 on a US request for his extradition for alleged computer hacking. 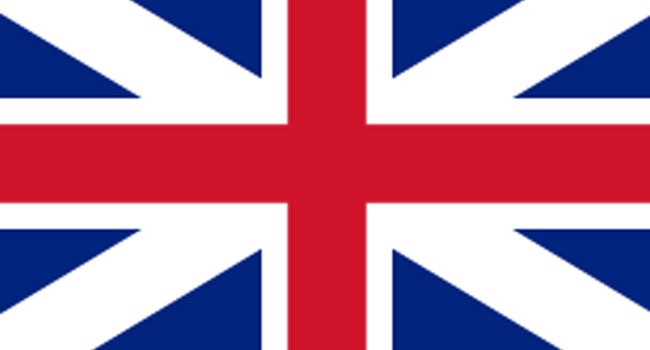 A British court convicted three men Friday for a supermarket blast in Leicester, central England this year that killed five people in an attempted insurance scam.

The court found Aram Kurd, who was renting the shop, and friends Arkan Ali and Hawkar Hassan guilty of murder after they plotted to destroy the business and claim insurance on it.

The trio used 26 litres (seven gallons) of petrol in their scheme, which caused such a powerful explosion that some residents nearby thought a bomb had gone off.

The blast on February 25 destroyed the entire building, killing Ali’s girlfriend Viktorija Ijevleva, 22, and a family who lived above the shop.

The family included Mary Ragoobeer, 46, and her teenage sons Shane and Sean, along with Shane’s 18-year-old girlfriend Leah Beth Reek.

Ragoobeer’s husband Jose was working at the time of the explosion and a third son was rescued from the rubble.

Prosecutor David Herbert told Leicester Crown Court the three defendants had left Ijevleva to die in the shop because “she knew too much” about an insurance policy on taken out on it just three weeks before the blast. 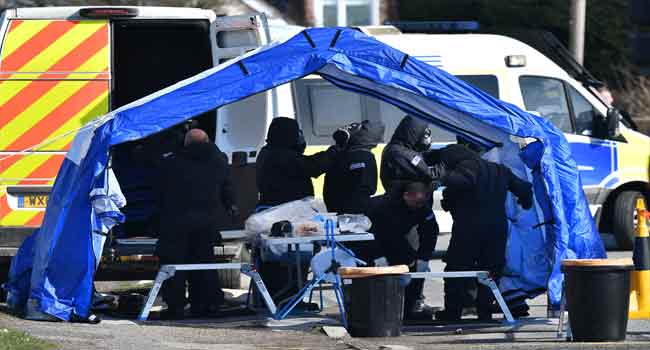 Blood samples from former Russian spy Sergei Skripal and his daughter Yulia can be taken for testing by the OPCW world chemical weapons body, an English judge ruled Thursday.

The Skripals, victims of a nerve agent attack that Britain has blamed on Russia, are in a coma in a critical but stable condition in hospital in Salisbury, southwest England.

Britain has called in the OPCW, the Organisation for the Prohibition of Chemical Weapons, to verify their findings that the nerve agent was one developed by the Soviet Union and held by Russia.

Moscow denies all responsibility for the March 4 attack and the poisoning has plunged relations between Britain and Russia into a severe crisis.

Judge David Williams ruled it was lawful for doctors “to take blood samples for provision to OPCW and to provide copies of medical notes to OPCW”.

The High Court judge concluded that it was in the best interests of the Skripals, who are unconscious and therefore unable to give their consent.

He made the ruling following a private hearing earlier this week in the Court of Protection in London, where issues relating to people who lack the mental capacity to make decisions are considered.

The balance of judgement “falls very clearly in favour of the taking of the samples, their submission for analysis by OPCW and the disclosure of the medical notes to aid that process,” Williams said.

“In so far as it is necessary it is also lawful and in their best interests that the existing samples are provided to OPCW for further testing.”

The ruling, published online by the English judiciary, went into greater details about the Skripals’ state of health, what the OPCW want to do and the evidence British officials put before the court.

“Both Mr and Ms Skripal remain in hospital under heavy sedation,” Williams said.

“The precise effect of their exposure on their long-term health remains unclear albeit medical tests indicate that their mental capacity might be compromised to an unknown and so far unascertained degree.

“It is not inconceivable that their condition could rapidly deteriorate,” he added.

“On the evidence currently available, it is not possible to say whether the current lack of capacity”, to give consent, “is temporary or permanent”.

The ruling said it was the OPCW’s wish to collect fresh blood samples, undertake their own analysis in relation to evidence of nerve agents, and conduct DNA analysis to confirm the samples originally tested in Britain’s defence laboratories as being from the Skripals.

They also want to analyse their medical records and re-test the samples already analysed by the British labs.

The OPCW probe is “likely to produce the most robust, objective, independent and reliable material which will inform any determination of what happened.

Williams summarised witness evidence put before him, but ruled that their names could not be published.

The judge said a chemical and biological analyst from Britain’s Porton Down military laboratory had told the court they had analysed blood samples from the Skripals.

“The findings indicated exposure to a nerve agent or related compound. The samples tested positive for the presence of a Novichok class nerve agent or closely related agent,” the judge summarised.

A representative from the Foreign Office Arms Control told the court that Britain requested assistance from the OPCW to obtain independent, internationally recognised expert identification of the nerve agent used.

“Their report… will be of real importance for many reasons including in relation to the ongoing criminal process, detecting and deterring any further attacks, allaying false rumour and in supporting the international response,” the judge said.

Furthermore, “If the OPCW results differ from UK tests the UK national authority will be able to share them with clinicians to inform medical treatment.”

A treating consultant told the hearings that Skripal, 66, was unable to communicate at all, while his daughter, 33, could not communicate in any meaningful way.

Their condition is not expected to change in the immediate or near future.

They are both being treated on the basis that they would wish to be kept alive and to achieve optimal recovery, the consultant told the court.