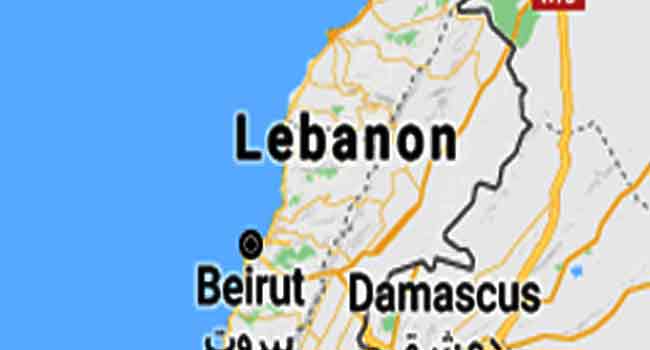 A British woman employed at the UK embassy in Lebanon has been found murdered, a senior official said Sunday, adding that the crime did not appear to be political.

“Our first impression is that it’s not politically motivated,” the official, who is involved in the investigation, told AFP, speaking on condition of anonymity.

He confirmed that the victim’s name was Rebecca Dykes but could not elaborate on the exact circumstances of her death.

A statement from the Foreign Office and the family provided no further details.

“We are devastated by the loss of our beloved Rebecca. We are doing all we can to understand what happened,” the family said in a statement passed on by the Foreign Office.

According to her social media profiles, she was employed by the UK Department for International Development (DFID).

The Lebanese official said her body was found “on the side of the Emile Lahoud road” just north of Beirut.

Her body was found on Saturday evening.

He said investigators were looking into reports that Dykes had been sexually assaulted.

“The whole embassy is deeply shocked and saddened by this news. Our thoughts are with Becky’s family, friends and colleagues for their tragic loss,” British Ambassador to Lebanon Hugo Shorter said in a statement.

“We are providing consular support to Becky’s family and working very closely with the Lebanese local authorities who are conducting the police investigation,” he said. 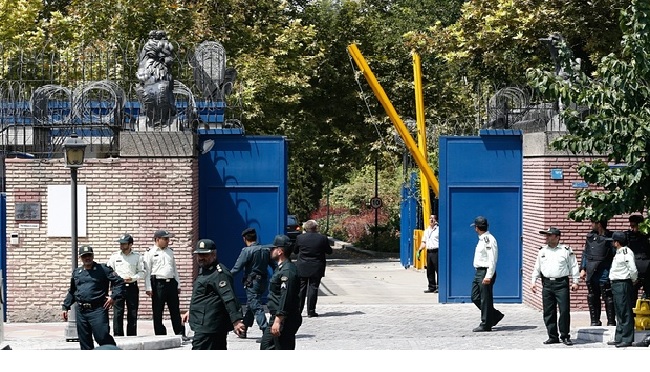 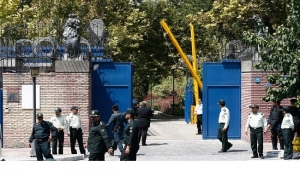 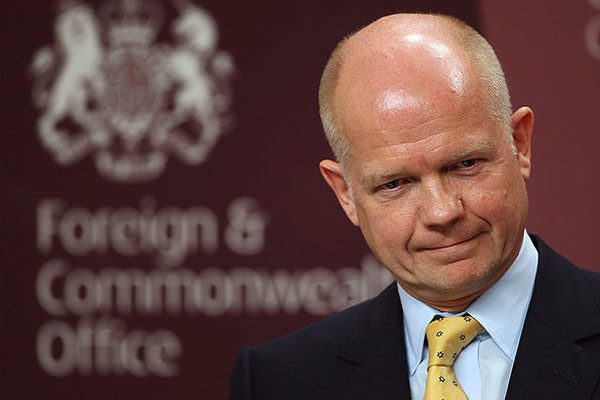 The UK Foreign Secretary; William Jefferson Hague has reacted fervidly to the recent extremist attack in north east Nigeria, as he reiterated UK’s support pointing out that the protection the citizens who are civilians is paramount.

According to a press statement released by through Rob Fitzpatrick; the Press, Political and Public Affairs Officer of the British High Commission, Abuja, Hague expressed his deep sadness over the multiple deaths in the town of Bama in the process of an attack launched by the Boko Haram making it the latest of a series attacks on unsuspecting civilians in the region of Borno State. He stated further that these attacks on innocent Nigerians have no justification whatsoever as he condemned the attacks in the strongest terms.

Hague said the growing insecurity and escalation of hostilities in north-east Nigeria is of deep concern and yesterday’s attack in Bama follows the terrible loss of life in the town of Baga last month and disturbing allegations of human rights violations.

The Foreign Secretary said Nigeria (Federal Government) is saddled with the responsibility to defend every Nigerian citizen from terrorism according to the Foreign and Commonwealth Office’s 2013 Annual Human Rights report and the British Government will lend every support the Nigerian Government needs to tackle the challenges of insecurity that is stirring the country in the face, with the protection of citizens being paramount. He however asked the Nigerian Government to open an investigation into the Baga violence which claimed the lives of several innocent citizens

“I welcome the commitment by the Nigerian authorities to open an investigation into the events at Baga. It is important that the Nigerian Government investigates all such incidents rigorously, objectively and transparently.” 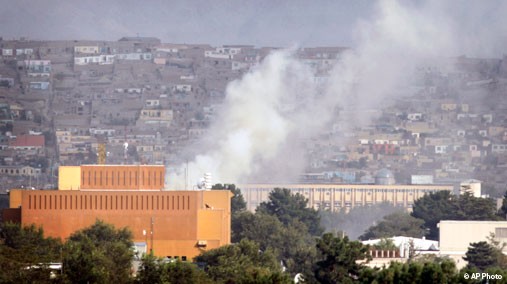 An attack has been launched by gunmen in the Afghan capital Kabul on Sunday, assaulting Western embassies in the heavily guarded, central diplomatic area and at the parliament in the west, witnesses and officials said.

Taliban insurgents claimed responsibility for the assault, one of the boldest on the capital since U.S.-backed Afghan forces removed the group from power in 2001.

The Taliban said their main targets were the German and British embassies and the headquarters of Afghanistan’s NATO-led force. Taliban fighters had also launched assaults in two provinces, a spokesman for the insurgents said.

The coordinated attack is bound to intensify worry in the run-up to the planned withdrawal of foreign combat troops by the end of 2014.

Afghan security forces, who are responsible for the safety of the capital, were scrambling to reinforce areas around the so-called green diplomatic section of the city centre.

Attackers fired a rocket-propelled grenade that landed just outside the front gate of a house used by British diplomats in the city centre and smoke billowed from the area after the blast, a Reuters witness said.

British embassy sources said staff were in a lockdown.

Two rockets hit a British Embassy guard tower near the Reuters office in the city.

A spokesman for NATO’s International Security Assistance Force (ISAF) said via Twitter that there were no reports of casualties on possibly seven locations in Kabul.

“ANSF and ISAF responding as needed,” the spokesman said, referring to Afghan security forces and their NATO partners.

However, fighting was going on near the U.S., Russian and German embassies, and at some ISAF facilities, the Twitter report said.

Three other rockets hit a supermarket near the German Embassy popular with foreigners, Reuters witnesses said. Women scurried for cover as crackling gunfire was heard above.

As the gunfire continued, U.S. army convoys could be seen coming to the area accompanied by Afghan police in flak jackets.

Shooting came from various directions in an area close to both the U.S. and British embassies, while smoke billowed from the nearby German embassy, the Reuters witnesses said.

Embassy alarms were sounding. Staff at the embassies were not available for comment.

Most MPs had left the building before it came under attack, said a lawmaker.

Afghan media said insurgents had stormed the Star Hotel complex near the presidential palace and the Iranian embassy and black smoke was pouring from the building.

In the eastern province of Paktia, insurgents occupied a four-storey building near the compound of the chief of police, a witness said.

A helicopter gunship from Afghanistan’s NATO-led force was firing at the building in the province on the Pakistani border, which has been plagued by violence for years.