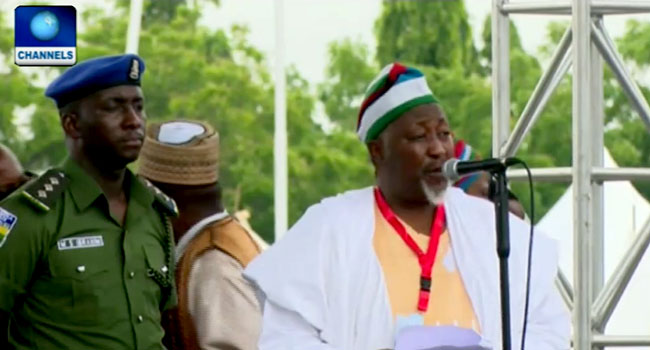 The Jigawa State government will commence the payment of the new minimum wage of N30,000 in 2020, Governor Badaru Abubakar has announced.

He made the announcement on Tuesday at the legislative chamber of the State House of Assembly in Dutse, the Jigawa State capital.

The governor made the disclosure to the lawmakers while presenting a budget proposal of N152.92 billion for their approval for the 2020 fiscal year.

He explained that the state government has earmarked the sum of N77 billion for recurrent expenditure out of the budget estimate.

Governor Abubakar informed the Assembly that the entire budget was reduced by about 4.5 per cent as against the preceding year.

He added that the funds allocated to the agricultural sector in the 2020 Appropriation Bill surpassed the preceding year by about N3 billion, representing an increase of 38 per cent.

The governor, however, noted that a total of N36 billion was earmarked for the social services sector, with education getting the highest share of 37 per cent while health got 11 per cent.

Shortly after Governor Abubakar concluded his presentation, the Speaker of the House, Mr Idris Garba, spoke on behalf of the lawmakers.

The speaker gave assurance that the Assembly would pass the bill within three weeks.