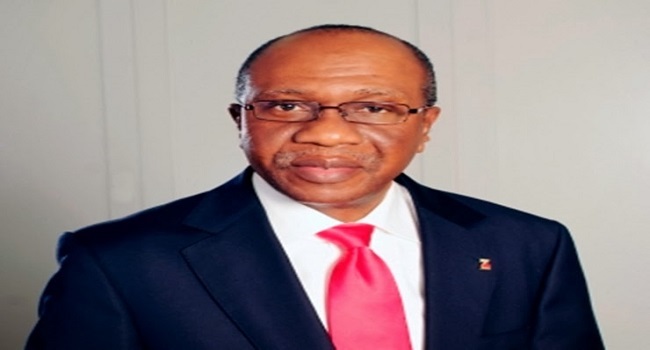 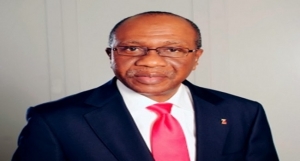 The Governor of Central Bank of Nigeria, Godwin Emefiele, has appeared before the Senate to explain the continued fall in the value of the Naira.

Reporters were not allowed to cover the meeting as it was held behind closed doors on Tuesday.

The Senate, on Thursday, January 14, summoned Mr Emefiele after expressing concern that the continued crashing of the Naira against the dollar is worrisome and stressing that a decisive action must be taken about it.

A source told Channels Television that at the meeting, the CBN Governor explained to lawmakers why the apex bank stopped the sale of Forex to Bureau the Change agents.

Senate spokesman, who briefed reporters after the closed door meeting, said that Mr Emefiele gave an account of the performance of the Nigerian economy in the last one year.

The summon came on the heels of point of order raised by the the Senate Majority Leader, Senator Ali Ndume.

According to Senator Ndume, the matter was discussed with the Senate President, Bukola Saraki, as required by the Standing Rules of the Senate.

The Senate Leader said: “This is a matter of urgent national importance and it has to do with the continued fall of the Naira against the dollar.

“It is my considered opinion that we invite the Governor of the Central Bank of Nigeria to come here and explain to us why it is so and what he is going to do about it”, he declared.

Nigeria’s Naira exchange rate is currently 310 Naira to a dolla. 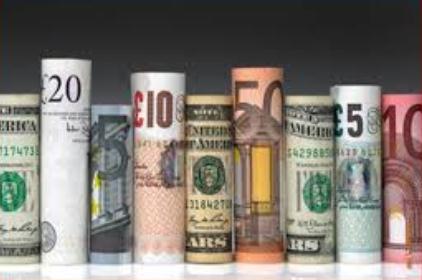 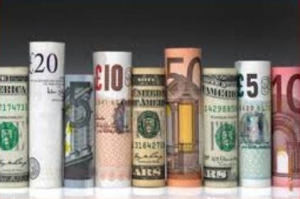 The Association of Bureau De Change Operators in Nigeria has sought the intervention of the Senate Committee on Finance over the decision of the Central Bank of Nigeria (CBN) to raise the capital base of operators from ten million to 35 million Naira.

At a meeting with members of the committee on Tuesday, the Acting President of the association, Mr Aminu Gwadabe, said that the policy would worsen the prevailing unemployment if eventually implemented.

The Acting President said the reasons cited by the CBN for the new policy were not tenable.

According to him, the argument that bureau the change operators’ aid the depletion of the foreign reserve does not hold water as the percentage of dollars sent to operators had been declining since 2012.

The House of Representatives had last week summoned the Central Bank Governor, Godwin Emefiele, over the new capital base, expressing worries that the new policy would send most of the operators out of business and asked the apex bank to suspend the new policy which members tagged elitist.

The CBN  reviewed its guidelines on 26 June, which includes an increase in minimum capital requirement for operation from the current 10 million Naira with effect from 15 July.

The apex bank’s reasons for the review was to correct observed deficiencies in the operation of the Bureau De Change in Nigeria which they say had led to sharp practices in the foreign exchange market. The apex bank also said it would help check the depletion of external reserves, financing of unauthorised transactions and ‘dollarization’ among others.