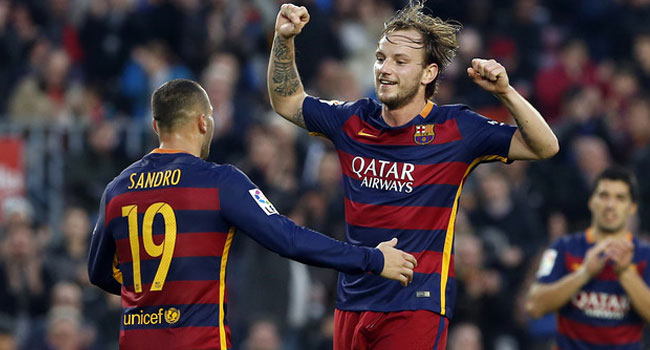 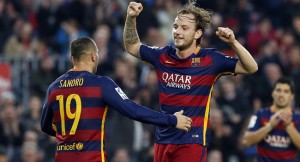 Munir El Haddadi set the Catalan giants on the lead on Wednesday night with a fantastic goal in the 26th minute of the match.

This seem to have boosted the morale of Luis Enrique’s boys just as Luis Suarez doubled their advantage eight minutes later.

Haddadi subsequently netted the third from Suarez’s assist as the half time whistle was blown.

Nigerian forward, Ahmed Musa, came off the bench to give Leicester City a hope of survival with two goals in less than 23 minutes from the start of the concluding half.

However, Rafael Mujica’s goal truncated the equalising dream and put the game beyond the English champions six minutes to the end of the match. 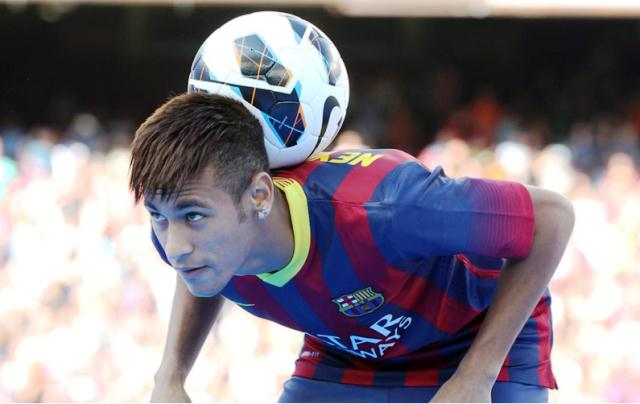 The controversy surrounding Brazilian star Neymar’s move to Spain is yet to stop as his father is to face legal action from Santos over his refusal to show the club details of the deal he made with Barcelona in 2011.

The club is furious that Neymar’s father would only verbally tell them details of the deal and are taking legal action against him, while criticising Barcelona’s tactics in the transfer saga.

Another unhappy party involved in the complex transfer is the DIS Group, which claims that the 21 year old had broken the terms and conditions of their deal by not telling them about Barca’s offer in 2011.

The Catalan giants paid Neymar’s father 10million pounds  up front over two years ago – with the other 30milion  pounds  to be paid following an eventual transfer – to ensure that he helped ease through the deal at the expense of other interested clubs, such as Real Madrid.