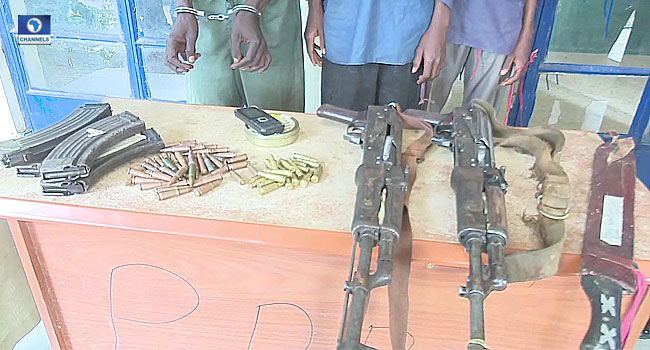 A retired Army officer, Major General Cecil Esekhaigbe, has said that negotiations with criminals will not solve the numerous security challenges confronting the nation.

Esekhaigbe stated this on Monday during an interview on Channels Television’s Sunrise Daily, barely 48 hours after 15 victims were released by bandits in Katsina state, following negotiations with the state governor, Aminu Masari.

“I do not support somebody waking up somewhere and say let me negotiate with a criminal and you think that will solve the problem, no.

“It must be done with a correct intervention by the people that matter and the people in charge of security in those areas,” he said.

Speaking further, he called for robust cooperation and collaboration among security agencies in the country.

The retired army officer believes that intelligence if shared and utilized, can help to nip in the bud, criminal activities ranging from kidnapping, banditry, armed robbery, terrorism among several others.

When asked if the governor’s dialogue with criminals to release kidnapped citizens can yield positive results, he replied saying: “I do not know the involvement of security agencies in the adventure. The police must be involved in that operation so that they will tell you the fundamentals of criminality.

“If you (as a governor) just do it on your own and showcase that you are doing something in your case, it’s a vicious cycle. You get these guys released, they get money from you and that money they use it to equip themselves more and the crime continues.

“It’s a good idea if it follows a good procedure by getting the security and intelligence agencies to provide a template for it,” he said.

Speaking on effective policing of the nation, he called for proper funding and training of the Nigeria Police.

Governor Aminu Masari in August had a dialogue with suspected bandits at their hideouts, in a bid to ensure peace returned in the state.

According to Masari’s Director-General on Media and Publicity, Mr. Abdu Labaran, the decision was taken at an extraordinary security meeting.

The dialogue led to the release of 30 kidnapped persons by bandits in September, after an initial 15 regained freedom in similar circumstances summing up to 45.

The recent 15 victims released on Sunday mostly women and children, increased the figures to 60 that gained freedom through the state government intervention.

Meanwhile, Masari has assured that the next level of the dialogue with the bandits would be disarmament of the repentant bandits.