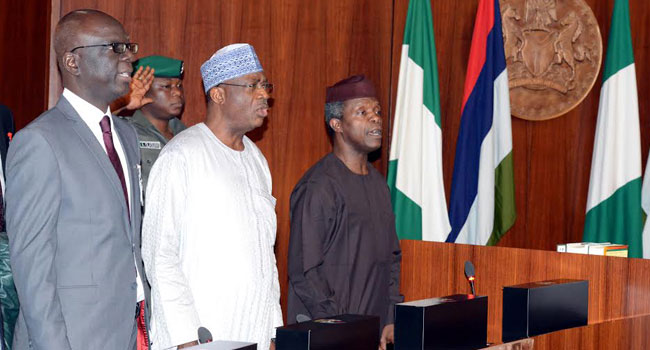 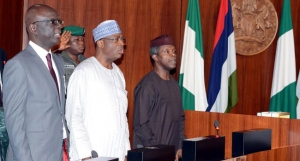 The Governor of Oyo State, Abiola Ajimobi, on Thursday said Nigeria’s Excess Crude Account as at 15th of September stands at $2.257 billion.

The NEC meeting, which was presided over by the Vice President Prof Yemi Osinbajo, was briefed on the bail out by the Central Bank Governor (CBN), Mr. Godwin Emefiele.

Mr Emefiele said 18 states had been able to draw from the fund, while a number of other states are being processed for the soft loan facility.

The soft loan facility is part of President Buhari’s relief package designed to help states pay backlog of salaries and also ease their financial challenges caused by the drop in federal allocation.

NEC also received an ongoing report from its ad-hoc committee of five governors on the management of ECA and federation account related issues which is still on going.

The refund of expenses to states that executed repairs on federal roads under the past administration also came up.

Reports, however, indicate that some states have not complied with the reimbursement requirements and are yet to receive any payment from the Federal Government.

NEC also approved a plan to roll out an agriculture plan for the states of the federation beginning with 12 states and the FCT and called for a closer interaction between farmers in states and local governments.